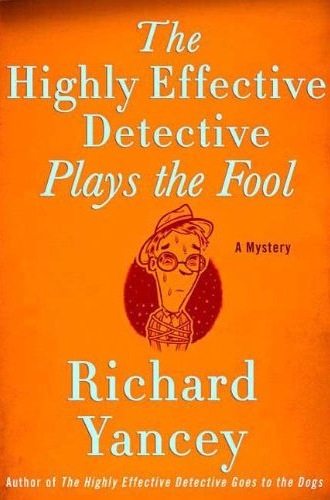 Teddy Ruzak is a weird cross between Sam Spade and Woody Allen’s film persona. Like Spade, Ruzak has a strong moral compass, good detective instincts, and a sharp, good-looking and loyal receptionist. Like Woody Allen’s schlemiel, he’s bumbled his exam to become a licensed detective. As a result, he is in danger of being shut down by a dogged local official who doesn’t buy his office sign that reads: Research and Analysis, LLC. He is also in danger of being thrown out of his no-pets apartment because he has a dog. What’s worse, the dog seems to like everyone else except him.

As Plays the Fool opens, a beautiful blonde walks into his office and asks him to get the dirt on her husband’s infidelity. It seems like a simple enough case for a pseudo private investigator, but all is not as it seems and the case takes one bizarre turn after another, including a sudden disappearance and a possible murder.

It’s hard not to like Ruzak. His offbeat sense of humor and his verbal jousts with just about everyone he encounters are highly entertaining, and his stubborn determination to do the right thing makes you root for him all the more.