Idris Elba, Alex Cross and James Patterson
Oline Cogdill
I have long thought that British actor Idris Elba should be the next action star. He has the acting chops to carry a movie, plus, he also has the looks.
Elba brought a complicated intelligence to the role of Stringer Bell on HBO's brilliant The Wire. A drug dealer, a college business major, a thug and a refined man -- Elba showed all the sides of Bell. The Wire remains one of my favorite TV series and the Bell character is quite memorable. 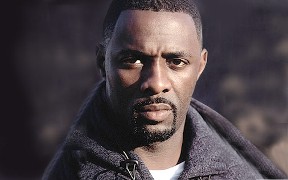 Elba also showed a different side of his skills when he played the new boss on NBC's comedy The Office.
Now Elba is signed to take over the role of Dr. Alex Cross, the forensic psychologist/sleuth of James Patterson's wildly popular series.
Elba takes over the role from Morgan Freeman, who originated the role in Kiss the Girls (1997) and Along Came a Spider (2001).
Elba will star in the film version of Cross, the 12th novel in Patterson's series. In this novel, Alex Cross tries to nab a serial rapist who is a former mob enforcer and who may have killed Cross' pregnant wife years earlier.
The director will be David Twohy. According to news reports, production is scheduled to begin in the spring, 2011.

Meanwhile, Elba is one of the stars of the heist flick Takers, which opens Aug. 27. He also will be appearing in four episodes of Showtime's comedy/drama The Big C as a love interest of Laura Linney's cancer-stricken character.
idris-elba-alex-cross-and-james-patterson
1527