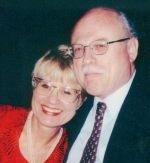 How important are the so-called genre conventions to the selection of books you publish? In other words, do your "cozy" characters ever have sex or see blood; do your PI's ever get married?

Rosenwald: Of no importance whatsoever. We publish books we like, based on excellence in writing, voice, originality, setting, characters, dialogue, plotting. We tend to eschew serial killer books or any book that is more action-driven than puzzle-driven. We also avoid derivative and formulaic books.

Peters: I couldn't care less about genres or conventions. We are trying to publish mysteries rather than thrillers, which knocks out some submissions, and I have an infamous prejudice against serial killer books though we have published them. But basically I just look for voice while keeping in mind we have to have a balanced list, not 20 books of similar scope.

In an ideal world, what would you like to see the publishing industry do?

Rosenwald: I'd love to see publishing once again run by people who love books rather than money.

Peters: Lower prices. Be less interested in the star system, that is, in who the author is or what marketing hook the author supplies than in what the author has written and how good it is. As a small press editor, I find the continuing consolidations in big publishing and its Hollywoodization merely opens the road for good books produced at a smaller level, so I don't rant over developments in New York.

What do you want unpublished crime novelists to know about getting successfully published?

Rosenwald: Write the best story you can. Be patient. If it takes us a long time to reject something it's because we are still actively considering it. And don't fall into the trap of believing that you can publish it yourself and thus prove to us that the book is saleable/marketable. A book that has already been published in any form whatsoever is much less appealing to us than an unpublished book. From a marketing perspective, an author can only have one debut novel. And it matters enormously because the media will give much more latitude to a debut than to a second or third effort.

Peters: Master the tools of writing. I am put off by sloppy grammar, bad spelling, poor word choice, repetition, and wandering verb tenses. The more I have to correct on a first reading, the less I focus on the story and the more I think I don't want to invest my time in giving lessons on basic writing. A strong story structure is essential for a crime novel. So are interesting and sympathetic characters who make some kind of journey during the course of the novel. And the book should have an end as good as its beginning.

After a book is published, what do you think the author can do to help guarantee its success?

Rosenwald: Nothing. There are no guarantees to a book's success. However, authors can help enormously by doing whatever self-promotion they can. We have authors who travel heavily to promote their books. We have authors who never leave their homes, but work the web. An author can schmooze and generate interest on the part of others. Books don't sell themselves. People sell books, and an author who can promote him- or herself to booksellers will do a lot better than an author who thinks that a good review is all he or she needs.

Peters: Learn to promote on the internet as well as in person. Travel to promote as much as he or she is able. Summon up past connections, personal and organizational, and market to them. Set up a website and keep it current. Above all, sit down and write another knockout book. Mystery Scene: Describe the novel that you, as an editor/publisher, would most like to have show up on your desk from an unknown, previously unpublished writer.

Rosenwald: Barbara would probably choose one of Jane Austen's books. I'd probably go for Catch-22, Cat's Cradle or Trout Fishing in America. But if we are going strictly with mystery I might pick Mystic River, The Last Coyote, or, if you'll let me call it a mystery, Chinaman's Chance.

Peters: One with a killer voice and set in a landscape I will enjoy, which could be anything. Geographically, politically, historically. There is no right answer to this question.

Mark Terry is a freelance writer and editor living in Oxford, Michigan.