Film & TV
On Screen: the Girl Who Played With Fire 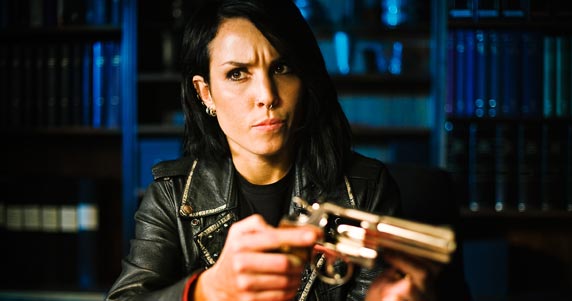 Think of the movie version of The Girl Who Played With Fire as the Cliff’s Notes version of the late Stieg Larsson’s second novel. But unlike the Cliff’s Notes guides that seldom get to the heart of a novel, this movie pretty much includes all you need to know about Larsson’s sprawling novel. The character nuances, the plot twists, and the vivid setting show up on film.

No, it doesn’t take the place of reading the novel. But the movie will let those who have never read the books know why it seems as if everyone you see is carrying a Larsson novel. For those of us who read and loved the novels, this second film complements the books.

The Girl Who Played With Fire continues the story of journalist Mikael Blomkvist (Michael Nyqvist) and the brilliant, goth girl hacker Lisbeth Salander (Noomi Rapace). Blomkvist’s magazine, Millennium, is working with a young journalist and a criminologist on a story about the sex-trafficking trade in Sweden. Through their research, the two have discovered that the ring includes some of Sweden’s highest ranked politicians, cops and law makers.

The pair are murdered and a gun containing Lisbeth’s fingerprints is found. That same weapon is linked to a third death. Lisbeth becomes Sweden’s most wanted fugitive. The police convinced of her guilt because of her violent background that has been well documented by the courts. Blomkvist is equally convinced of her innocence. Lisbeth may be violent, antisocial and hard to read. But, he knows that men who abuse women would be her target, not a journalist and criminologist working to expose sex traffickers. Although she dropped him from her life without reason and has refused all contact, Blomkvist remains loyal to Lisbeth. Separately, Blomkvist and Lizbeth work to prove her innocence and find the real killer. 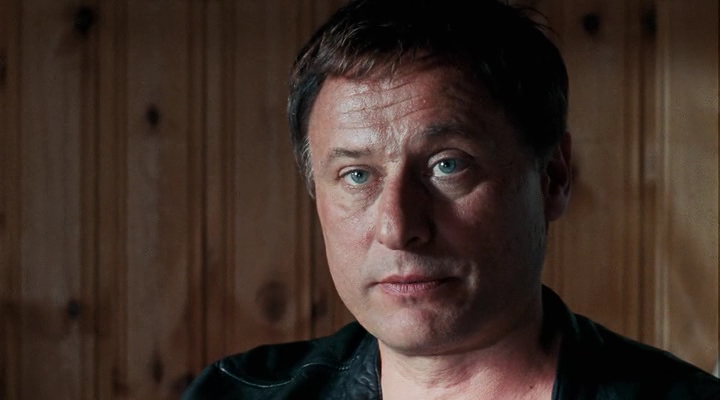 The film moves briskly without the sometimes bloated scenes of the novel. While Larsson’s novel was, at times, sprawling, to say the least, the movie is a lean, tightly focused action film.

Many reviewers have commented on how the Larsson’s first novel, The Girl With the Dragon Tattoo, worked as a locked room mystery; this section as a private detective novel and the third, The Girl Who Kicked the Hornet’s Nest, as a spy thriller. The movie certainly concentrates on The Girl Who Played With Fire’s private detective elements. It is not necessary to have read the novel to follow the film. The friend who accompanied me had not read any of the novels – though she is now starting on the first—and was able to follow the story. Although there are a couple of variations from the novel—and NO spoilers here—the movie is faithful to the story.

What’s left out of the movie is what should have have been left out of the book. The long opening that takes place in the Caribbean here is a scene of Lisbeth packing with the gorgeous Atlantic Ocean in the background. Instead of a long shopping trip, we just see Lisbeth putting together a chair from Ikea. And there was no way to work in her fascination with a mathematician. A few other plot points also missing from the film were wise choices by the filmmakers.

Noomi Rapace continues to enthrall as Lisbeth, showing every bit of the hacker’s strength, vulnerability, intelligence, naivete, rage, her moral fiber and a chameleon’s ability to adapt. Lisbeth is a survivor and, as she did in the first movie, Rapace understands this character’s complexity.

Michael Nyqvist is Rapace’s equal. His quest for the truth is unwavering as are his compassion and kindness. His hurt and confusion after Lisbeth abandoned him is palpable, but it will not stop him from helping her. (Another female reviewer and I were talking after and we both agreed that for some reason Michael Nyqvist is much sexier in a rugged way in this movie than in the first. And, no, that photo above doesn’t do him justice.)

The Girl Who Played With Fire movie is a perfect complement to the novels. Now, I’m looking forward to the third movie, which is scheduled to be released later this year. 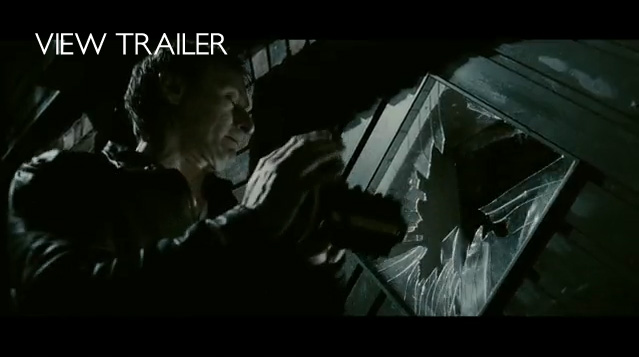 The Girl Who Played With Fire: Rated R; 129 minutes. Subtitles. It begins a wide release around the country on July 9, 2010. 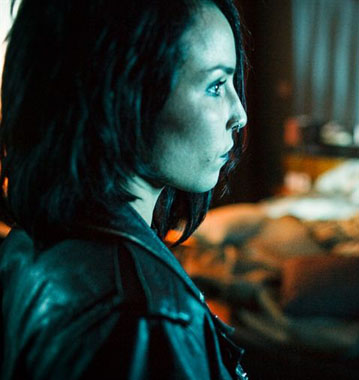