Nonfiction
The Hour of Peril: the Secret Plot to Murder Lincoln Before the Civil War 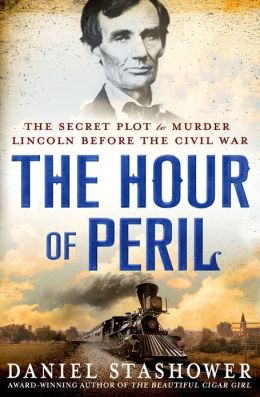 The hero of this suspenseful and enthralling history was a mystery writer. Scottish immigrant Allan Pinkerton, apart from founding a famous-albeit-controversial private detective agency, signed his name to numerous true-crime volumes that are generally considered to be at least semi-fictionalized (and in fact are included in Allen J. Hubin’s crime-fiction bibliography). In early 1861, with Southern states threatening secession and anti-abolitionist sentiments running high, Lincoln embarked on a rail trip from his home in Springfield, Illinois, to Washington, DC, for his inauguration as president. Pinkerton, initially hired to protect one of the railroad lines on the trip, discovers a plot against Lincoln that might have prevented his living to take office if he enters Baltimore. Obviously, the question is not whether Lincoln survives, but how Pinkerton will prevent his assassination. The book does not ignore the association of Pinkerton’s agency with anti-labor, strike-breaking activities, most but not all after the founder’s death, but the man himself is favorably depicted. Most of the quoted material is from primary sources, and the story is notably well-told. As a popular rather than scholarly history, the book lacks the source notes some readers might hope for, but for that information, readers are referred to the author’s website.

ALSO OF INTEREST "My Books: Dead Men Don't Crack Skulls" by author Daniel Stashower, on the writing of The Hour of Peril.

The exciting true tale of Allan Pinkerton's dash to save President-elect Abraham Lincoln.