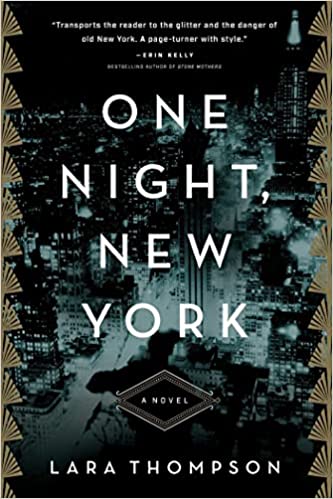 On the bitterly cold and windy night of the winter solstice in 1932, two young women wait atop a newly built New York City skyscraper for the man they plan to murder. The mystery is why. This accomplished debut novel tells the story of that single night, interspersed with flashbacks to the events that led up to it from the point of view of Frances, a headstrong but naive teenage farm girl from Hays, Kansas.

Fleeing the Dust Bowl and traumatic memories, she joins Stan, the older brother she idolizes, in New York City. Feeling stifled by her brother’s overprotective restrictions, Frances sneaks out to a party at the Greenwich Village home of Jacks and Dicky, a glamorous and bohemian journalist and photographer she met on the train.

There she meets Dicky’s sardonic assistant Agnes, a young photographer with her own ambitions. Frances soon begins to suspect that Stan is involved in dangerous, illicit activities through his work at a Harlem nightclub that has a wealthy and powerful clientele. She becomes increasingly worried, but both Stan and his friend Ben, a Black musician who plays at the club, refuse to share his secrets. When Stan is killed violently, Frances fears she is also in danger and turns to Agnes, Dicky, and Jacks for help.

From the Automat to the Empire State Building, the story’s setting brings Depression-era New York to life—its frenetic pace, changing skyline, colorful glamor, and dark underbelly of poverty, crime, and corruption. The characters, including Stan’s immigrant tenement neighbors, Jacks and Dicky’s arty set, the nightclub scene, and the city’s most powerful men, are lively and believable. As Frances searches for the truth about her brother, she is transformed from a country bumpkin with dirty feet into an independent, savvy, and determined young woman, and even finds a surprising romance. Readers will be rooting for her every step of the way.