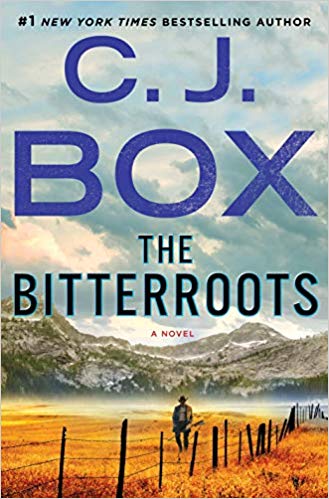 In author C. J. Box’s new Cassie Dewell novel, the heroine has left behind her career as a police officer. She’s started a new life in Montana as a private investigator after refusing to once again put herself in a position of being made a political scapegoat. But the scars of her previous life remain with her. Having caught The Lizard King, a serial killer responsible for numerous deaths, she still experiences nightmares about the experience.

She and her son, Ben, and mother, Isabel, have made this new life for themselves. Cassie’s business is doing well, Ben’s on the wrestling team at school, and Isabel—well, she’s still Isabel, a woman who never met a protest she wouldn’t take part in and who makes everyone else’s life miserable.

Held to a promise by local attorney Rachel Mitchell, Cassie ends up unwillingly investigating the case of Blake Kleinsasser. He’s accused of raping his niece, though he denies any knowledge of doing it. The evidence makes the case appear to be open-andshut and at first Cassie is willing to let the client hang. That is until the evidence starts appearing more and more suspect. Forced to go to Lochsa County, Montana, to talk to Blake’s family, Cassie finds that he went off to New York and made his own success. The Kleinsasser clan does nothing to hide their contempt for him, and what’s more, they basically own the county and wield their power without the least bit of subtlety. When Cassie winds up arrested on false charges, all bets are off as she works to find out just what the truth to the story is and to see actual justice done.

As much as I am a fan of the author’s Joe Pickett series, I’ve also come to eagerly anticipate each new Cassie Dewell book. She’s a fully realized character who shows just how resilient she is regardless of the dangerous situations she finds herself facing during the course of her investigation.

C. J. Box seems to offer a bit of an unintentional addendum to the adage about man being the most dangerous animal. In The Bitterroots, family can be far more dangerous still.

"Smiling serenely in the September sun, Rose Bell strolled along Regent Street; mentally she was miles away, having her husband neutered like the cat."