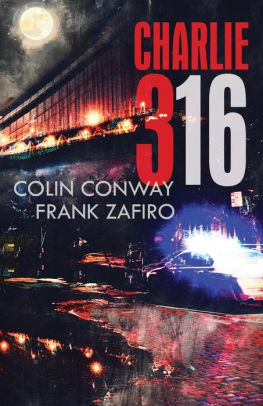 Tyler Garrett seems to have it all going his way. A decorated cop, the ex-military man is one of the few African Americans on the Spokane Police Department. He’s a family man with the respect of his colleagues and the police brass love that he embraces his role reaching out to the black community.

All that quickly comes under fire when a routine traffic stop turns into an ambush. Garrett returns fire and the motorist ends up dead. The delicate balancing act between law enforcement and the communities they serve is quickly trashed. The motorist, who was a white man, was well known to the police so the shooting initially looks clean, but when the resulting investigation turns up inconsistencies in Garrett’s statement about the events, it unleashes a seething cauldron of recriminations around police shootings, racial tensions, and online mob justice.

From the start, Detective Wardell Clint knows that he was brought in to serve as the department’s liaison to the investigation based solely on the fact that he’s black. Nicknamed “Honey Badger,” Clint is a dedicated detective prone to conspiracy-theory-type paranoia who rubs everyone the wrong way. He’s hardly interested in protecting his fellow cop. He’s interested in the truth, regardless of how it plays out.

Meanwhile, Garrett and his family are being threatened and harassed. Garrett’s life is falling apart and no one besides Detective Clint seems to be interested in the truth anymore. When drugs are planted in Garrett’s home as a pretense to arrest him, it’s clear the department he once served faithfully is now out to get him. And as the case evolves, Clint begins to come over to Garrett’s side when he sees how both the police’s and City Hall’s need for political expediency leave Garrett twisting in the wind.

And that’s where Zafiro and Conway’s story really takes off. They pull the rug out from not only Garrett’s life, but the reader’s expectations as well. The build-up of the story takes readers in one direction, but we quickly learn that not all is as it seems. Everything we thought we knew comes under suspicion, as Detective Clint’s ruthless and relentless pursuit of the truth reveals the cold, calculating way people (and readers) can be played. And that play on reader’s sympathies works wonders.

As the ever-darkening tone of the book leaves no character unscathed, Charlie-316 is a roller-coaster ride of expectations and upsets. The story is confounding because it so adeptly plays on readers’ preconceived notions, particularly regarding our need for justice. Is it actual justice we are looking for or just the version that best fits our own viewpoint?