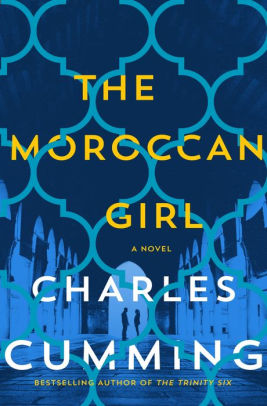 Kit Carradine is feeling a bit restless. The English author is looking for something to break up the solitary nature of his career as a bestselling author of espionage thrillers. Little does he realize that his wish is about to come true when he’s approached by the British intelligence agency MI6 and asked to help them as a support agent while making an appearance at a book festival in Morocco.

Moved by the chance for diversion and a little patriotism, he leaps at the opportunity. But the simple matter of finding a woman at the festival and passing on some information becomes something far more wide-ranging when he discovers that the woman in question is none other than Lara Bartok, one of the key members of Resurrection, a violent revolutionary (some might say terrorist) organization that targets right-wing politicians, journalists, and other figures for kidnapping and murder. She’s wanted by the CIA and Russian intelligence as well, and soon Carradine finds himself drawn into a conspiracy of murder, betrayal, and corruption on an international scale.

Kit Carradine is far from your traditional “spy.” He lacks any real training and instead relies on skills he’s only written about. This gives him a little bit more of an Everyman feel, particularly when his attempts at genuine spy work go rather awry. And while he may not know what he’s getting into, he does it with genuine enthusiasm for the task at hand—even while questioning if he’s doing the right thing.