"Mediocrity knows nothing higher than itself; but talent instantly recognizes genius."

—Sherlock Holmes, The Valley of Fear, 1914, by Arthur Conan Doyle 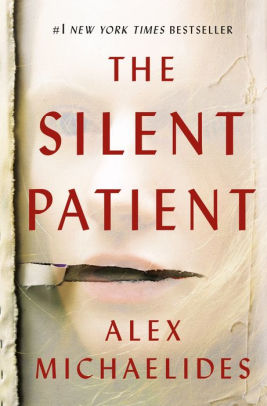 One hot August night in London at the crest of an unprecedented heat wave, Alicia Berenson, an emotionally fragile painter on the cusp of art-world stardom, shoots her beloved husband Gabriel, a renowned fashion photographer, five times in the face. She doesn’t confess, doesn’t explain, doesn’t speak a single word in her own defense for the next six years, refusing to communicate. While awaiting trial, she creates one final painting, a dramatic nude self-portrait titled “Alcestis,” after the ancient Greek myth about a wife who offers to die in her husband’s place and is rescued from the underworld by Hercules.

Locked in a secure psychiatric ward at the Grove hospital, heavily medicated, she is forgotten by the world outside until Theo Faber, a deeply empathic forensic psychotherapist with his own traumatic past, joins the staff, determined to find a way to break through her silence. His insistent efforts to help Alicia despite her mute resistance disrupt the routines of Grove patients and staff, while his investigations into the circumstances surrounding the murder threaten to cross personal and professional boundaries.

Alex Michaelides’ debut novel is a gripping psychological thriller that examines the complicated and mysterious ways the repercussions of childhood trauma and family dysfunction continue to shape personalities and influence relationships throughout life. Moving back and forth from Alicia’s diary entries in the days before the murder to Theo’s childhood memories to his present-day investigation, The Silent Patient presents a thoroughly original take on the psychological thriller. The novel’s themes touch on everything from marital betrayals to office politics to nicotine addiction. Theo and Alicia are given distinct, articulate voices that make a lasting impression. Even the minor characters are vividly portrayed. This unique and absorbing tale features surprising plot twists and turns that build to a shocking revelation in the final pages.

"He that is born to be hanged shall never be drowned."
—English proverb