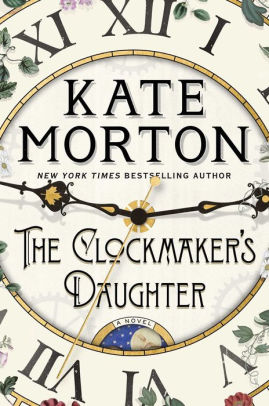 When Elodie, an introverted English archivist, opens a recently discovered Victorian-era satchel that once belonged to renowned painter Edward Radcliffe, a member of the “Magenta Brotherhood” art movement, she finds a strangely compelling photo of a beautiful young woman. Elodie is determined to find out the mysterious model’s identity—little realizing that the answer is closely connected to her own family’s history. Her journey of discovery will completely change her life.

The narrative is told in the alternating voices of several engaging, interconnected characters. There is the introverted, unhappily engaged Elodie; Birdie, a young Victorian pickpocket; Ada, a forlorn boarding-school student; Leonard, a World War I veteran and art historian; and Juliet, a World War II journalist. The story centers on a centuries-old farmhouse in the English countryside, a home that becomes almost a character in itself. The setting for an ancient folktale of faerie magic, the house hides shocking secrets and links the constellation of disparate characters in surprising ways. Who shot Edward Radcliffe’s fiancée on that long-ago summer afternoon, and what happened to his favorite model, Lily Millington, who simply vanished?

Moving back and forth between the 19th, 20th, and 21st centuries, The Clockmaker’s Daughter artfully juxtaposes memory, imagination, and real life. This beautifully written tale is more literary fiction than traditional whodunit—but there is a deep mystery at the heart of the narrative, one that is revealed piece by piece, like a master painter adding one brushstroke at a time until its stunning denouement.