“No one ever got in trouble keeping his mouth shut.” 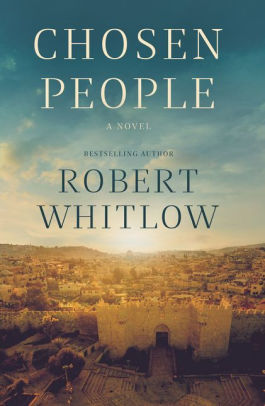 Thoughtful, modest, attractive, and whip-smart, Hana Abboud is an Arab Israeli lawyer whose evangelical Christian faith is at the center of her life. She uses her skill in multiple languages to work on international business transactions at a prestigious Atlanta law firm, while fending off pressure to get married from her secretary and her extended family. When one of the senior partners recruits her to work on an unusual case, she little realizes the life-changing impact it will have on her, both professionally and personally.

Ben Neumann, whose wife Gloria  was killed and daughter Sadie injured in a terrorist attack when they were tourists in Jerusalem, has enlisted the help of a brash, young Russian-Jewish attorney, Jakob Brodsky, to bring a lawsuit against those responsible. In turn, Jakob asks for the help of Hana’s firm as co-counsel, and Hana, with her fluency in English, Arabic, and Hebrew, becomes the point person on the case. Jakob and Hana must work together closely, despite their very different personalities. Hana hires Daud Hasan, also an Arab Israeli who shares her faith, as a private investigator to uncover the links between the attackers and larger terrorist organizations and their finances. As handsome and bold as the hero of a romance novel, Daud has experience working undercover and a suspected connection to Shin Bet, the Israeli secret service.

The action in Chosen People moves seamlessly from the boardrooms of Atlanta to the streets of Jerusalem and its Arab suburbs, building suspense along the way. In Atlanta, someone is targeting Jakob—are the recent attempts on his life related to the Neumann case? In Israel, Daud proposes an elaborate sting operation to entrap Gloria Neumann’s suspected attacker, while a romance blossoms between him and Hana. Can Daud be trusted? Will she let personal feelings cloud her professional judgment? Can Hana and Jakob trust each other? Chosen People compellingly portrays the complex historical and contemporary forces affecting the Holy Land, and how each of the characters is transformed by them.

"He came into the room with the calm ruddy-cheeked innocence of the truly amoral."
—Vic Daniel describing his friend Benny, Down in the Valley, 1989, by David M. Pierce