“It would never do for me to lose my wits in the presence of a man who had none too many of his own.” 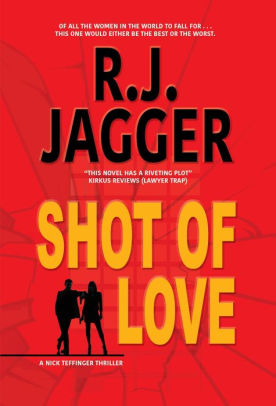 Nick Teffinger, the head of Denver’s homicide unit, has a problem. He doesn’t know how to properly end a one-night stand. Most people would simply do the morning-after walk of shame and return to their regular life. But not Nick it seems. Copious amounts of alcohol leading to a night of drunken sex with a ravishingly beautiful woman (whose name he can’t remember) is apparently enough to make him forget his responsibilities and his job.

Instead, he ends up embarking on a road trip with the woman (Jackie, according to her ID) for reasons past understanding. “Love” makes you do some pretty stupid things, but Nick takes the cake. Despite slowly learning that Jackie is far more complicated and potentially dangerous than what she seems, Nick continues by her side, the fact that Jackie is on the run from henchman determined to kill them both failing to penetrate his cranium. Oh, and she might also be mixed up in the murder of a lawyer in Chicago.

As Nick tries to separate fact from fiction, his situation becomes tenuous and then downright criminal as he goes about committing or abetting crimes that he’d normally be arresting people for. Repeated warnings for Nick to get away from Jackie from a coworker, a celebrity friend, and a private investigator go unheeded. As Nick stumbles his way closer to the real truth, the book fumbles its way to a twist ending that feels tacked on and unearned.

As someone who grew up around law enforcement, I found the portrayal of Teffinger to be an insult to the real men and women in blue. While flawed characters make for better reading than a goody-two-shoes Pollyanna, I was unable to suspend disbelief at the seeming ease at which Nick abandoned all the oaths he swore to uphold as an officer of the law. There’s an attempt to make it seem as if he’s going along just to investigate Jackie and her actions, but I found it half-hearted at best. Frankly, Shot of Love left me longing for the days of Dudley Do-Right, when the police were held in higher regard and actually met those expectations.

—Anne Beddingfeld, The Man in the Brown Suit, 1924, by Agatha Christie

MysteryScene Inspector Richard Jury has a new friend in THE OLD SUCCESS by Martha Grimes. He'll need all the help he can get wit… https://t.co/2FO1MOK4K4
23h • reply • retweet • favorite