"If you convey to a woman that something ought to be done, there is always a dreadful danger that she will suddenly do it."

Books
Paris in the Dark 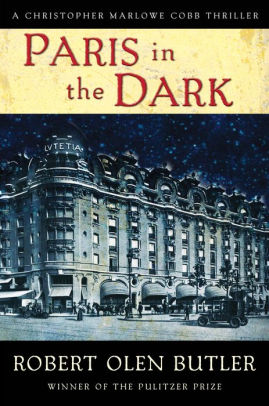 In this latest installment of the acclaimed Christopher Marlowe Cobb series it’s autumn 1915 and the “Great War” is devastating Europe, but the United States has yet to enter the fray. Impatient with President Woodrow Wilson’s pacifism, intrepid Americans are volunteering at the front, driving ambulances and staffing hospitals in France. Cobb—known as Kit to his friends—is an American journalist writing about his heroic countrymen for the Chicago press. He interviews and rides along with ambulance drivers Cyrus Parsons, a Midwestern farm boy, and John Barrington Lacey, a Harvard man. Meanwhile, he finds himself increasingly drawn to the cool and beautiful Louise Pickering, a supervising nurse at the American hospital.

Cobb is also an undercover foreign agent for the United States government, and when a Paris café is bombed, he is quickly assigned to track and neutralize the suspected German saboteur. With the morale of the French populace and civilians’ lives at stake, speed and discretion are paramount. Cobb must follow the slenderest of leads and confront his own worst phobias to catch the killer before he can strike again.