"Life is ten percent carrot and ninety per cent stick." 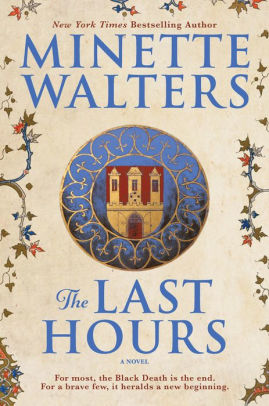 Lady Anne of Develish is a highly unusual woman for her time. Educated and literate, she holds values at odds with medieval social conventions, and runs her small Dorsetshire demesne efficiently, while outwardly seeming to obey her husband, the brutal, self-absorbed, and ignorant Lord Richard. When the worst pandemic in history strikes England in 1348, Lady Anne must keep her only daughter and her people safe—even at the risk of making enemies of her husband and his devious steward, Hugh de Courtesmain. Bringing the townsfolk within the boundaries of her manor house’s moat, Lady Anne closes off the outside world, refusing entry even to her husband, who has already fallen ill with the plague and soon dies, along with all his fighting men. Meanwhile, his beautiful, headstrong, and haughty daughter, 14-year-old Lady Eleanor, is making mischief among Develish’s teenage boys.

With limited food supplies and no knowledge of the outside world, Lady Anne and her leading serfs realize their situation can’t last indefinitely. When Jacob Thurkell, a young serf, is found dead outside the manor’s chapel under mysterious circumstances, his half brother, Thaddeus, Lady Anne’s right-hand man, decides to risk an excursion to seek new supplies and find out what has happened in the other villages nearby. He brings the demesne’s four remaining young men with him to keep them away from Lady Eleanor. Although only the illegitimate son of a lowly serf, Thaddeus is literate, courageous, and a natural leader, who quickly earns the boys’ admiration and allegiance.

While not a conventional whodunit, The Last Hours features adventure, suspense, and memorable, well-drawn characters. The rich historical setting provides a colorful backdrop for the compelling interpersonal drama among Thaddeus, Lady Anne, Lady Eleanor, and the inhabitants of Develish as long-held secrets are finally revealed. Have they truly escaped the Black Plague, and what kind of world awaits them in its grim aftermath?