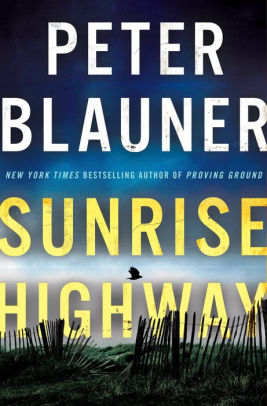 NYPD Detective Lourdes Robles is back on the case in the new thriller from author Peter Blauner. When she and her partner Robert Borrelli stumble onto a case of a woman’s body washed up on the shore of Long Island, New York, similar victims are soon discovered and the duo are thrust into a hunt for a serial killer. However, before they can get too far in their investigation, another county tries to poach the case claiming that earlier victims were discovered within their jurisdiction. Robles, who is ornery on her best day, refuses to give in, and soon they establish a joint task force with the Feds also joining the fray.

And this is where the story takes a bit of a twist. Much like an episode of the classic Columbo TV series, the bad guy is revealed very early on. Instead of a whodunit, it becomes more of a race to see how Detective Robles and the task force will unravel all the clues and bring a killer who has evaded discovery for decades to justice. It is a quest that is hampered by the powers-that-be putting every roadblock in her way. From an inability to trust her own partner to being set up for a crime she didn’t commit, Robles is beset on all sides by those who want their secrets buried deeper than the victims in the case.

The author splits the narrative of the book between the modern-day search to unmask the killer and the examination of a legal and political system vulnerable to racism and misogyny that allowed a clever and manipulative criminal to escape justice for 40 years. The killer’s backstory serves not only to enlighten the reader to the killer’s motives, but also to humanize the character a little. Readers will find themselves simultaneously repulsed and fascinated by the mind and methods of Sunrise Highway’s intelligent predator.

As the events of the book race toward a shattering conclusion, it becomes apparent that no one truly has clean hands in the end—even Detective Robles, whose decisions will leave readers questioning whether her actions are in the service of justice or vengeance. Peter Blauner has crafted a great protagonist in Lourdes Robles. Despite her flaws and the pressures of trying to find her missing sister (and being under investigation by internal affairs over that particular search), she refuses to back down from her case regardless of the personal cost.

Sunrise Highway will not only provide the thrills readers have come to expect from Blauner, but also leave them with questions about just how black and white the morality of those in blue really are.

"Whenever he saw a dollar in another man's hands he took it as a personal grudge, if he couldn't take it any other way."

—Jeff Peters of Andy Tucker in "The Octopus Marooned," The Gentle Grafter, 1908, by O. Henry