"Never sleep with anyone whose troubles are worse than your own."

—advice given to Lew Archer, Black Money, 1966, by Ross Macdonald

Books
Star of the North 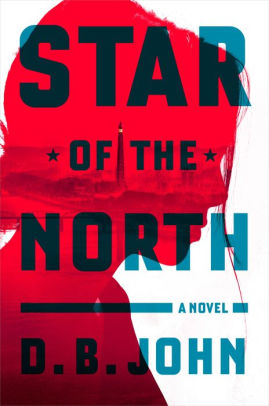 The disappearance and presumed death of her twin sister Soo-Minn left a lasting effect on Jenna Williams. While she has gone on to become an assistant professor at Georgetown University, she’s haunted by the loss and closed off from most of the world. Her regular therapy sessions don’t seem to be helping much either. But all that changes when Charles Fisk, an old family friend and CIA agent, shows her proof that her sister might be alive,the victim of a sinister North Korean plot. Fueled by a desire to know the truth, Jenna quits academia and enrolls in CIA training.

While that might make for a compelling story all by itself, D.B. John’s Star of the North ups the ante by presenting not only Jenna’s story, but two other main characters and their stories as well.

Colonel Cho is a mid-level functionary in the North Korean military, a man devoted to his country and its leaders. When he discovers that his background is not what he once thought, he knows that he needs to make a daring and desperate attempt to escape to the West or he will be killed by those he once thought of as friends and allies.

Meanwhile, Mrs. Moon is a North Korean peasant. When she finds contraband from South Korea in a downed balloon sent over the border, instead of turning it over to the secret police she is emboldened to begin a career as a black marketeer as a means to a better life for her and her husband.

Using real-life events and people, the author intertwines the lives of these three characters over months and years as the story unfolds in stunning yet utterly believable ways. From Jenna’s training to Cho’s attempts to save the lives of his family and himself and Mrs. Moon’s adventures as a criminal in one of the most ruthless empires in history, there is so much going on here that you might think it would leave you overwhelmed. Instead, you will find yourself captivated by the story and sympathetic toward its characters. Readers will not only root for them, but will miss them long after the story comes to its explosive conclusion. Part electrifying spy tale, part exposé of a country and its practices to exercise complete domination of its citizenry, Star of the North is a starkly ambitious thriller that will leave readers both emotionally spent and satisfied.

An ambitious character-driven thriller takes readers on a journey to "The Hermit Kingdom."

“He’s a businessman. I’ll make him an offer he can’t refuse.”
—Don Corleone, The Godfather, 1969, by Mario Puza