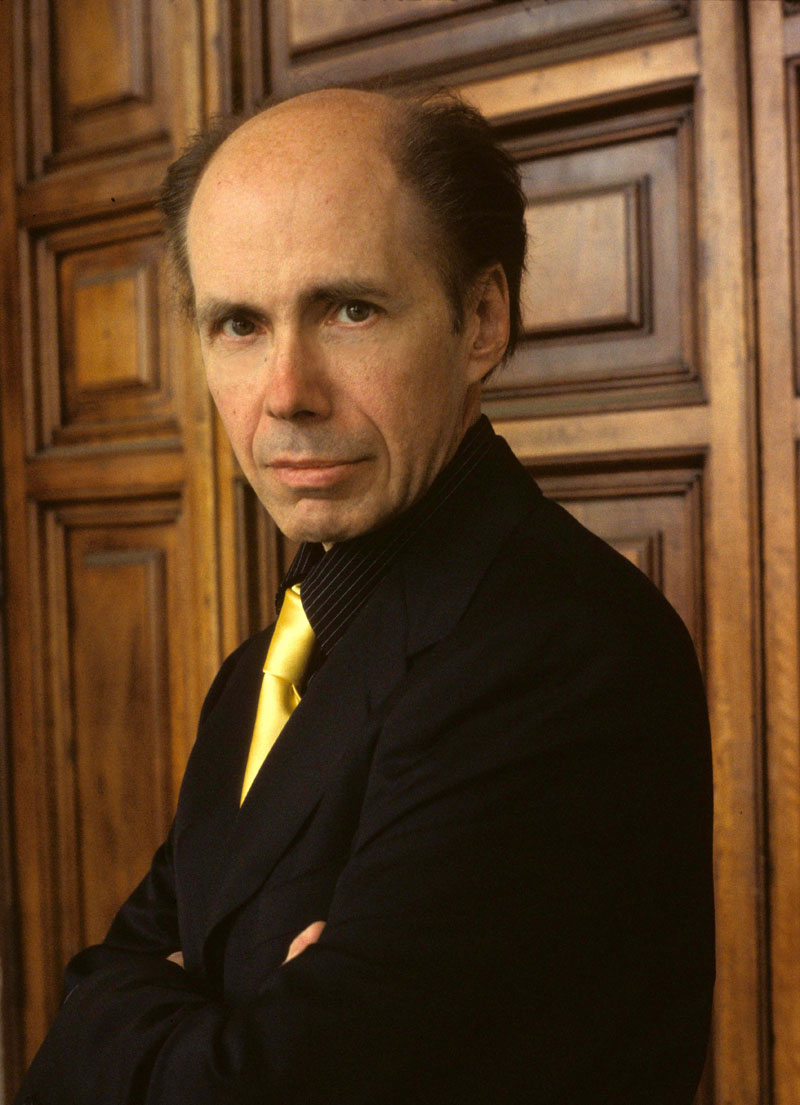 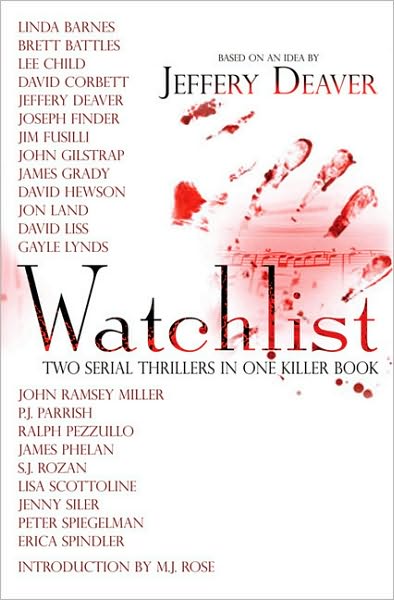 Writers tend to be solitary creatures: planning and creating stories all by themselves. As bestselling thriller-maestro Jeffery Deaver says, “I never collaborate with other authors in actually writing a short story or novel. I guess you would say I don't play well with others.”

So what happens when a professional loner like Jeff Deaver accepts an assignment to be one of nearly two dozen writers working in virtual tandem on a couple of collectively-authored original tales?

What happens is Watchlist (Vanguard, $25.95)—“two serial thrillers in one killer book”—which has good cause to justify being described (by James Rollins, a non-Watchlist participant) as “innovative and unique.”

For starters, Jeffery Deaver and his fellow participants—who included such well-known names as Lee Child, Gayle Lynds, Lisa Scottoline, Peter Spiegelman, Linda Barnes, Jim Fusilli (who also served as the project’s editor), Joseph Finder, and S.J. Rozan—all worked for free: Both stories, the initial “The Chopin Manuscript” and its successor “The Copper Bracelet,” were done as fundraisers for The International Thriller Writers, Inc.

In addition, each of Watchlist’s two prose-tales began life as an audiobook performed by actor Alfred Molina and released by Audible.com—with “The Chopin Manuscript” later winning an Audie Award as best audiobook of the year, and “The Copper Bracelet” becoming Audible’s number-one bestseller on its release.

And making each story in Watchlist even more singular, neither was written with benefit of outline. In each case, Jeffery Deaver began the tale, then passed it on to the next author to add to and forward in turn—with no writer knowing where his or her successor would move the plot. It was Deaver’s added duty, near the end of each chronicle, to receive the collective results and resolve them in a fitting denouement.

“There was no framework at all,” Jeff Deaver confirms. “I of course had a few ideas about where I would have taken the story had I been writing ‘The Chopin Manuscript’ or ‘The Copper Bracelet’ by myself. But the whole point of this very exciting project was for each author to take the story where he or she thought best.”

“Jeff was fairly amazing,” says Jim Fusilli, who’d never met Deaver before “The Chopin Manuscript” began. “When he sent me the first chapter, I contacted him and asked if he was sure he wanted to give it away; I think it was brilliant.”

That first story turns on a secret message embedded in the score of an unpublished composition by Frederic Chopin; its sequel involves an international plot that could plunge the world into nuclear war. Overarching both tales is the saga of War Criminal Watch, a nonprofit group devoted to tracking down human rights violators wanted by the International Criminal Court in The Hague and other tribunals. WCW, like the authors’ group cooking up their adventures, operates pro bono: “Since they were not affiliated with any law enforcement agency or non-governmental organization and made virtually no money for their work,” to quote a chapter written by Deaver, “they were known as the Volunteers.” “Jeff established the style, and I tried to keep us consistent,” says Fusilli (whose comments to Mystery Scene, like Deaver’s, were made in the same mode as the book was assembled: by email). “The trick was to allow the authors to retain their own voice.”

Despite its improvisatory nature, Fusilli says, and a trajectory that ranged from Europe to America to the Middle East, Watchlist’s high-wire act was executed with surprising ease: “These writers are seasoned professionals who know how to serve the story. … When readers see what P.J. Parrish did in ‘The Chopin Manuscript’ and what Lisa Scottoline did in ‘The Copper Bracelet,’ they’ll know the authors had the freedom to go where they wanted to. In ‘The Copper Bracelet,’ we had no idea Joe Finder was going to take us to Russia.”

Jim Fusilli kept running-summaries of the storylines and sent them to each author after each chapter was added. “The challenge,” he says, “was to keep the summaries transparent—that is, not to tip the story in any direction that would suggest to an author where I thought it should go...I was always surprised and a few times I was knocked out by how inventive our contributors were—though I shouldn’t have been surprised: These are some of the best thriller writers in the business.”

Jeff Deaver was startled too by what his colleagues had wrought from his openings: “The entire manuscript was full of unexpected surprises, which was of course the purpose of the project: to create a very fast-paced thriller filled with twists and turns. In both stories in Watchlist I found only a few places where I needed to go back to the original author of a chapter or two and ask if it was all right to make a minor change; not that there was anything wrong with the original chapter, but I felt to create the greatest impact of surprise a little adjustment earlier on would have made sense. After all, this is the way we all work as thriller-writers. In those few instances, the other authors were generous and accommodating. That in fact was the attitude of everyone involved in the project.”

These cooperative collaborators produced a pair of adaptable tales equally suited to being heard through the ear or read on the page. Has Watchlist caught a multimedia wave of the future?

“I think all of us in the business of creating entertainment for our audience should be aware of the convergence of media,” Jeffery Deaver says. “But whether one reads, listens or watches, a good story is always a good story.”

Jim Fusilli hopes there is room in that media-convergent universe for more adventures of the War Criminal Watch team. “I’d love to see these characters return,” he says. “In some cases, they have major issues that have yet to be resolved. The world needs the Volunteers.”