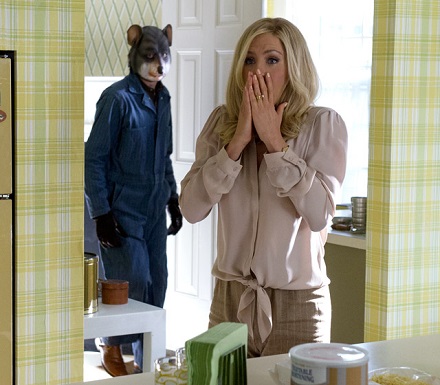 The works by two respected crime fiction writers are making it to the movies.

Joe R. Lansdale’s 1989 novel Cold in July is now in limited release in movie theaters across the country.

Michael C. Hall (Dexter) stars as Richard Dane who shoots in self-defense a burglar breaking into his home. Dane is soon hailed as a hero by everyone in his small town, except for Ben Russell (Sam Shepard), the ex-con father of the dead man.

Adding to the plot is a crazy private investigator Jim Bob Luke (played by Don Johnson). The reviews have been mixed—I haven’t seen it yet as hasn’t come to my area—but apparently Don Johnson steals the show. And if you have any doubt that Johnson can make a sleazy character intriguing, catch The Hot Spot (1990).

This isn’t the first time that a Lansdale work has made it to the screen. His novella Bubba Hotep was adapted to film by Don Coscarelli, starring Bruce Campbell and Ossie Davis. And if you haven’t seen Bubba Hotep, I highly recommend it. Yes, it’s a strange film but it’s always pleasure to see Bruce Campbell in anything. 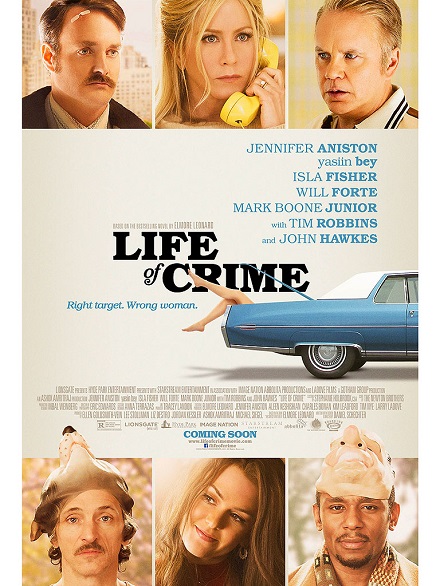 Lansdale’s story "Incident On and Off a Mountain Road" was adapted to film for Showtime's Masters of Horror series.

And that leads us to the late, never to be forgotten Elmore Leonard. On Aug. 29, the film Life of Crime will hit the movie theaters. When I first saw the previews that popped up a couple weeks ago, I wondered why the story and dialogue sounded so familiar.

Life of Crime is based on Leonard’s 1978 novel Switch in which a wealthy man’s wife is kidnapped. But he doesn't want to pay her ransom because he’s filed for divorce. If she is killed, well, that saves him a lot of money in alimony.

Life of Crime received a good reception when it was the closing night movie of the 2013 Toronto International Film Festival. According to a couple of sites, the film was previously in development at 20th Century Fox in 1986, with Diane Keaton attached, but the project was shelved after being deemed too similar to Ruthless People.

A little bit of trivia for Leonard fans. The kidnappers are Louis Gara, played by John Hawkes, and Ordell Robbie, played by Mos Def using the name Yasiin Bey. Louis and Ordell returned in Leonard’s 1992 novel Rum Punch, which was made into the 1997 film Jackie Brown.

The other Louis and Ordell were played by Robert De Niro and Samuel L. Jackson in Jackie Brown.

Leonard’s work has been treated with respect in recent films so Life of Crime may follow that pattern, even if it does star Jennifer Aniston.