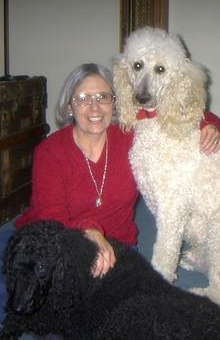 It was with great sadness that we report that author Aimée Thurlo has died this week from cancer.

Aimée Thurlo and her husband, David, wrote three separate mystery series, each focusing on a very different investigator but each also showcased the Southwest.

Together and separately, the Thurlos published more than 70 novels.

In one of those twists of life, our latest Holiday Issue No. 132 featured Lynn Kaczmarek’s insightful interview with Aimée and David Thurlo. You can read the full feature online HERE.

The Sister Agatha novels revolved around the former Mary Naughton who was an investigative reporter and teacher before she became Sister Agatha of Our Lady of Hope, a cloistered, financially struggling monastery in New Mexico.

The couple went to the supernatural for their novels about Lee Nez that featured the unusual partnership between New Mexico State Police Officer Lee Nez, who is a nightwalker, a Navajo vampire, and FBI Agent Diane Lopez.

The couple’s latest novel is Pawnbroker, about Charlie Henry who recently returned from special ops work in Iraq and now runs the Three Balls pawnshop.

Their last novel will be Eagle’s Last Stand, due to come out later in 2014.

The Thurlos have received the Romantic Times Career Achievement Award, a Willa Cather Award for Contemporary Fiction, and the New Mexico Book Award for Mystery and Suspense.

Our deepest sympathies go to the Thurlo family.