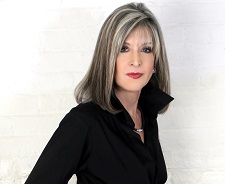 The names that authors choose for their novels can reveal a personality trait and make a difference to the plot.

Dick and Sally, Spot and Mew Mew may have worked for those first readers we had years ago, but not for crime fiction.

Michael Connelly’s choice of Harry Bosch for his lead character suggests a man forever in turmoil. Jack Reacher illustrates a man forever out of reach of the mainstream as Lee Child proves time and again. V.I. Warshawski with her Italian-Polish background is a tribute to immigrant neighborhoods of Chicago as Sara Paretsky often shows.

That attention to names and what they can mean were problems that faced Hank Phillippi Ryan, left, when she was writing The Other Woman, the first of her Jane Ryland novels.

She had the plot worked out and the supporting characters named. But she couldn’t come up with the last name for her heroine. She had Jane, but what would be Jane's last name?

Ryan is a proven talent and she knew that the name of her heroine would stay with her for a long time.

It was getting time to send in her manuscript and Ryan was on a train, still contemplating what to call her character. Ryan, in frustration, told herself that the next name she saw outside her window would be the name of her character.

And the next name that came up on a billboard was Ryland Industries. 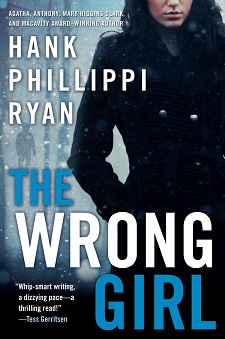 Jane Ryland—don’t forget that name—is the heroine of The Other Woman and Ryan’s latest novel, The Wrong Girl.

Ryland may have just been words on a billboard but the name conjures a kind of sturdiness, an attention to good business practices and a sense of reliability. And Jane Ryland, investigative reporter certainly is that.

I had never heard the story of how Jane’s name came to be until Ryan was the guest at the recent book club sponsored by WXEL, the PBS station in South Florida. This book club actually has the authors come to discuss their works with the participants.

The sessions are filmed and are put on YouTube.

You can watch Ryan’s session here.

(I will be the guest talking about historical mysteries on Nov. 21, 2013, so come on down. Details here.)

Ryan told this story when the moderator, Joanne Sinchuck of Murder on the Beach, asked her was she aware that Ryan and Ryland sounded so similar. Ryan said that other readers had commented on that, too.

Ryan also mentioned that the lawyer in Defending Jacob by William Landay is based on her husband, Jonathan Shapiro, a criminal defense and civil rights attorney.

And that is why I sometimes go to book events, to hear these little gems.