The Psychology of Mysteries 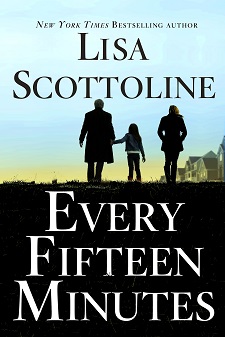 In a way, each crime fiction novel delves into psychology, whether it is the psychology of the main character or the psychological makeup of the villain.

But at least four authors use psychology as the top spin for their novels.

In the past few weeks, Lisa Scottoline and Sandra Block have both come out with novels in which the main character is a psychiatrist, and both novels are involving.

Scottoline shows she’s just as adept at delving into the complicated world of medicine and psychiatry in the thrilling Every Fifteen Minutes.

In this 24th novel, Scottoline looks at the inner workings of psychiatry as well as the motives of a sociopath.

Dr. Eric Parrish, chief of the psychiatric unit at Havemeyer General Hospital in a Philadelphia suburb, is at the top of his career since his hospital unit has just been named No. 2 in the country.

However, his personal life is a different story. He is about to be divorced and he can’t spend more time with his seven-year-old daughter, Hannah, with whom he is very close.

Then one of his patients has violent thoughts about a teenager, who is later murdered. His staff and supervisors lose respect for him when Eric is accused of sexual harassment.

Is Eric guilty or is he being targeted by a sociopath?

In Every Fifteen Minutes, Scottoline deftly shows how sociopaths can live among us undetected and that we may never see their destruction coming. Scottoline expertly ladles out the clues. 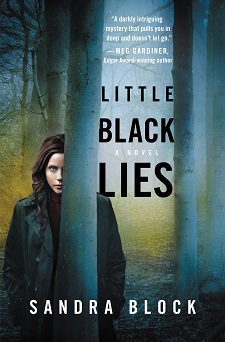 Sandra Block shows how the subconscious can dredge up memories and feelings we are not prepared to accept in her debut Little Black Lies.

Zoe Goldman, a psychiatry resident at a Buffalo, New York hospital, was adopted by a loving couple when she was about four years old. Her birth mother was killed in a fire from which Zoe was rescued.

These dreams lead Zoe to discuss these nightmares with her own therapist and try to find out more about her biological mother.

The subconscious becomes a major theme in Little Black Lies, as does family dynamics. Zoe is close to her adopted mother and there is never any question that this woman, who lovingly raised her, is her true mother; nor is there any question that her brother is her real brother. The bonds are strong because of love, not blood.

Block has delivered an outstanding debut in Little Black Lies that she will follow up with her next Zoe Goldman novel, The Girl Without a Name, which is due out in September 2015.

Their friendship plays a major part of the foundation of each of Kellerman’s novels, as does Alex’s insight as a psychologist.

The latest Alex-Milo adventure is Motive.

But since he left the movie business, Dennis Palumbo became a licensed psychotherapist in private practice.

He also is author of the series about Daniel Rinaldi, a psychologist who is a consultant with the Pittsburgh Police Department.

Like Alex Delaware, Daniel Rinaldi’s cases take him to a variety of homes and patients.

In his fourth novel, Phantom Limb, Daniel looks at the dark side of fame with his new patient, Lisa Harland, who made a splash in Playboy before bottoming out.