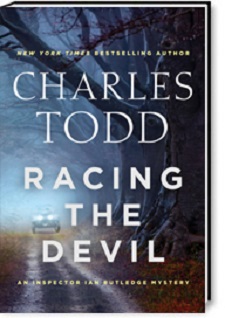 That shouldn’t come as a surprise to anyone who has been to one of the mystery writers’ conferences and experienced firsthand how nice they can be.

For the most part, mystery writers are very engaging with their readers, taking the time to talk with them, sign their books, or just have a good discussion.

And, for the most part, mystery writers are pretty generous with each other—promoting another’s work to a fan, praising another author during a panel, or just enjoying each other’s company at the bar or over a meal.

For me, it is just business as usual. I expect no less from mystery writers. Of course, there are a few who are not so nice, but that is their problem.

A few days ago, a friend went with me to the 20th anniversary of Murder on the Beach, the mystery bookstore in Delray Beach, Florida.

The bookstore is in the circulation area of the Sun Sentinel newspaper, for which I freelance book reviews. Often, my reviews refer to an author who will appear at Murder on the Beach.

While I talked with a couple of authors with whom I have an upcoming panel, my friend, Pat, bought books and got them signed by Charles Todd, PJ Parrish, Hank Phillippi Ryan, and Andrew Gross.

While I talked with a few others who were there, and saw an old friend I hadn’t seen in a while, Pat listened to the authors talk to readers, and joined in a few conversations.

On our way home, Pat immediately said, “Those mystery writers were so nice.”

She was impressed with how engaged they were with their readers. How one author listened patiently as someone talked about the book they were writing and asked for advice.

These authors made a new fan that night.

But I expected nothing less.