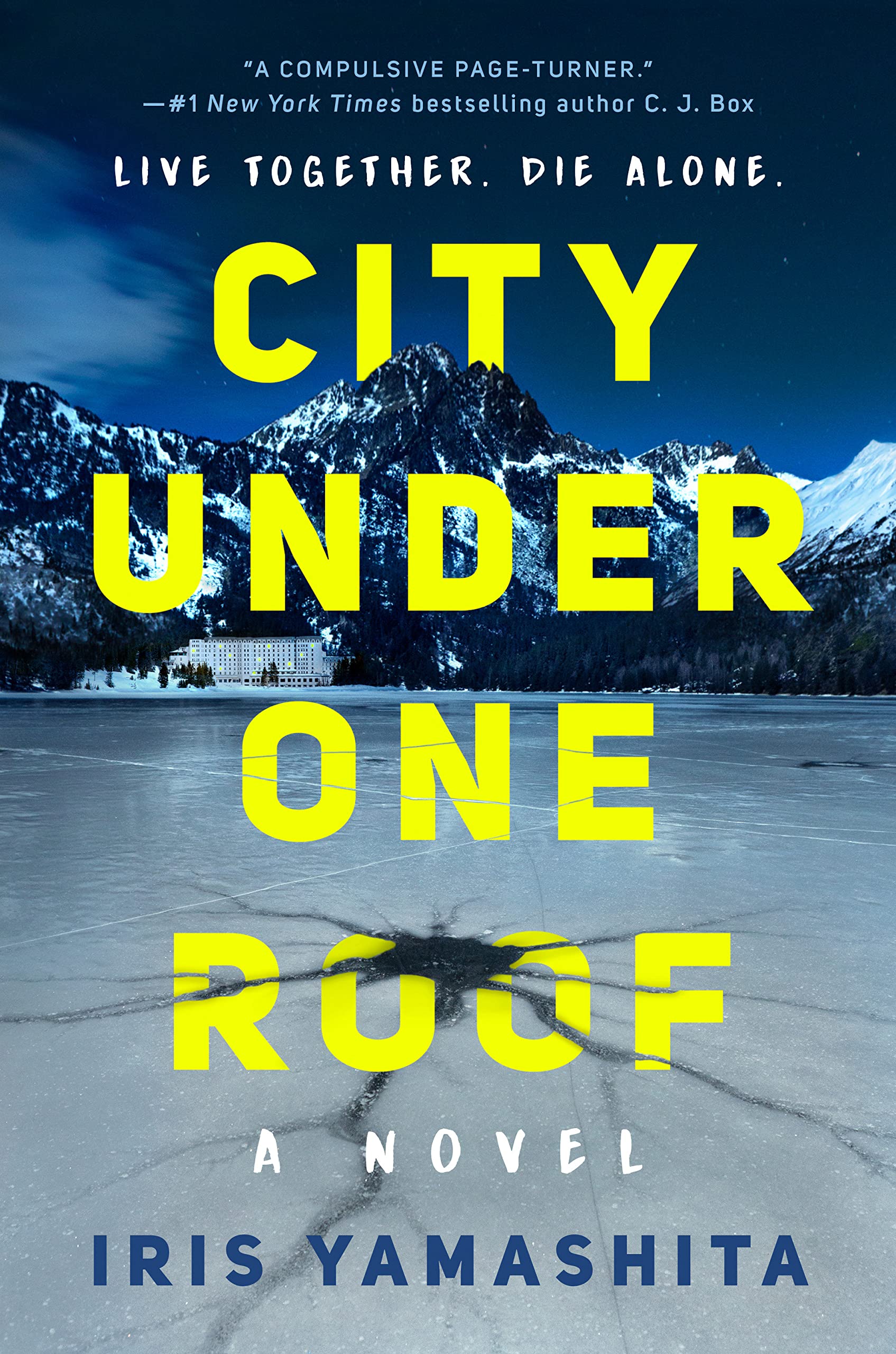 City Under One Roof
by Iris Yamashita
Berkley, January 2023, $27

When body parts (primarily booted feet) start washing ashore along the Alaskan coastline, the authorities take notice, but decide that said parts must have come from the bodies of suicides or accident victims. But when a foot and a hand appear near the edge the odd little tourist trap Point Mettier (population 205), it is intriguing enough to visiting Anchorage Police Detective Cara Kennedy to investigate on her own.

Shortly after introducing herself to local law enforcement, she pursues her investigation—partly for personal reasons,which are revealed in due time—with laser focus. Her search only intensifies when she becomes trapped in Point Mettier by the weather, with only a sketchy idea of when she’ll be able to leave. Her major problem now is that every piece of information she gleans about the secretive denizens of this little Alaskan town only serves to muddy the already murky waters surrounding the case.

Already an accomplished screenwriter, Iris Yamashita puts her own spin on various thriller/mystery tropes in her excellent debut, among them the locked-room mystery (here, an isolated city, literally locked down by a storm), the the quirky Alaskan town (shades of Insomnia, Northern Exposure, and 30 Days of Night) where secrets abound (a la Our Town and Twin Peaks), and the small-town police officer with her back against the wall (anyone else remember that seventies TV movie gem Isn’t It Shocking?).

Clever and claustrophobic, dark and atmospheric, the well-crafted, expertly executed City Under One Roof is crime fiction at its best. It's a perfect winter read, guaranteed to hold your attention rapt through several long, cold nights.

Hank Wagner's frequent contributions to Mystery Scene include profiles of Peter Abrahams, David Morrell, and Dana Stabenow, as well as regular book reviews and a paperback thriller column. Hank lives in northwestern New Jersey with his wife and four daughters. His work has appeared in Cemetery Dance, Crime Spree, Hellnotes, and Jazz Improv, and he is a coauthor of The Complete Stephen King Universe (2006) and Prince of Stories: A Guide to the Many Worlds of Neil Gaiman (2008). His latest effort, co-edited with David Morrell is Thrillers: 100 Must Reads (2010), an Edgar, Anthony, and Macavity award finalist.