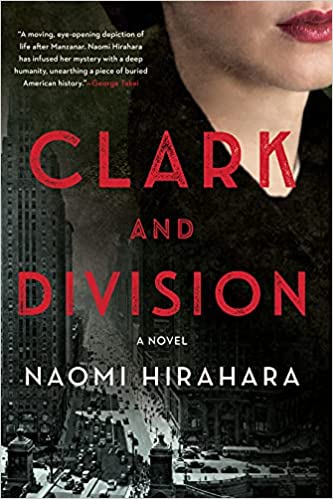 This absorbing new mystery centers on historical events that most Americans unfortunately know little about. The opening chapters read more like memoir than mystery, but the seemingly slow beginning pays off in compelling characters and authentic settings.

Growing up in Los Angeles in the 1930s, Aki Ito idolizes her older sister Rose, who seems brilliant, bold, and glamorous—everything Aki is not. The sisters are nisei, American-born children of Japanese immigrants, and feel constrained by increasingly harsh discrimination and their parents’ traditional cultural expectations. Rose is working and Aki a college student when Japan suddenly attacks Pearl Harbor; the Ito family is forced to leave their California home and incarcerated at the infamous Manzanar concentration camp.

Rose is the first to be released in September 1943, settling in Chicago, since the war is still raging and ethnic Japanese are forbidden from returning to the West Coast. Aki and her parents follow in the spring of 1944, expecting to join Rose. Instead, friends meet them on arrival with shocking news: Rose was struck and killed by a train in the Clark and Division subway station the previous evening.

Utterly devastated, Aki refuses to believe the official ruling of suicide. An intelligent, self-deprecating heroine with a wry sense of humor, an eye for the telling detail, and an abundance of grit, she defies both authority figures and social norms to discover what really happened during the last few weeks of her sister’s life. Her determination to find out the truth takes her on a dogged quest all over the city, from the morgue, to a wealthy suburb, to seedy dive bars, and leads her—and her newfound Chicago friends—into difficult and sometimes dangerous situations.

The sisters’ dramatic and gripping story enriches the reader’s understanding of a problematic time, and highlights the vulnerabilities of socially marginalized young women, yet the novel is never didactic or preachy. In seeking justice for Rose, undaunted by unexpected obstacles, and learning from her own missteps along the way, Aki blossoms into a beautiful, resourceful, and brave young woman.