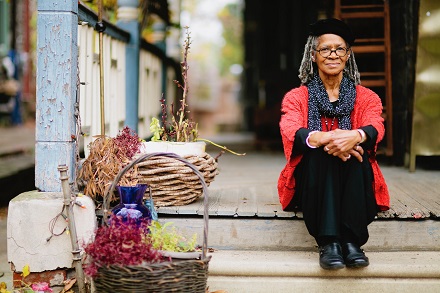 Mystery Writers of America (MWA) is honoring the memory of its 2020 Grand Master, the late Barbara Neely, with a scholarship to new Black writers.

MWA will annually present two scholarships of $2,000 each. One scholarship will be for an aspiring Black writer who has yet to publish in the crime or mystery field, and another for Black authors who have already published in crime or mystery.

According to MWA, these two scholarships are intended to assist the winner with writing craft or progress in their crime writing career. At the discretion of the winner, the scholarship can be used for such tools as writing classes or professional conferences, computer equipment or appropriate software, writing retreats or working weekends away from the cares and distractions of home. MWA requires only that the scholarship apply to writing in the crime and mystery genre, which includes both fiction and nonfiction.

The award also includes a one-year membership in Mystery Writers of America, including membership in the winner’s local chapter and all member benefits listed at: https://mysterywriters.org/how-to-become-a-member-of-mwa/benefits-of-membership/

Applications are being accepted now through Sept. 30, 2021. The applications will be reviewed by the Barbara Neely Scholarship committee, including Black crime writers, and the winner will be announced in the late fall. 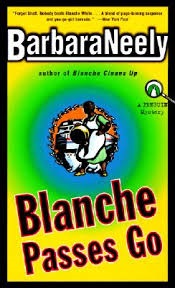 Neely created the distinctive amateur sleuth Blanche White. The series includes Blanche on the Lam (1992), which won the Agatha Award, Anthony Award, and the Macavity Award for best first novel, as well as the Go on Girl! Award from Black Women's Reading Club; Blanche Among the Talented Tenth (1994); Blanche Cleans Up (1998); and Blanche Passes Go (2000).

Her novels have been reissued by Brash Books.

Neely’s series was a personal favorite. Blanche made her living as a domestic, a job she was proud of. Her work allowed her to use her invisibility to find the truth. The novels delved into violence against women, racism, class boundaries and sexism

“She was named a Grand Master not only for the high quality of the work she produced during her career, but also for being an inspiration to an entire generation of crime writers of color,” according to MWA.

Neely passed away at age 78 in March 2020, before the Edgar Awards and Grand Master honors were presented, although she did know she was named a Grand Master before she died.

Her sense of humor never failed her. According to MWA, Neely's reaction on learning of the award: "MWA Grand Master! I hope this doesn't mean I have to relinquish my position as Empress Regnant of the Multiverse."

Applicants must be Black, American citizens, and age 18 or older. They must submit a brief biography, competed application form, and 300-500-word statement on their interest in the mystery genre and in general terms (class, conference, equipment, etc.) how they would use the scholarship funds. Prior membership in MWA is not required.

The Barbara Neely Scholarship will be awarded on the basis of writing ability, interest in the crime/mystery genre, and likely benefit from the scholarship funds and MWA membership. The committee’s decision is final.

The application is available here.

Questions can be addressed to MWA at This email address is being protected from spambots. You need JavaScript enabled to view it..