Online Exclusive
Deep Into The Dark 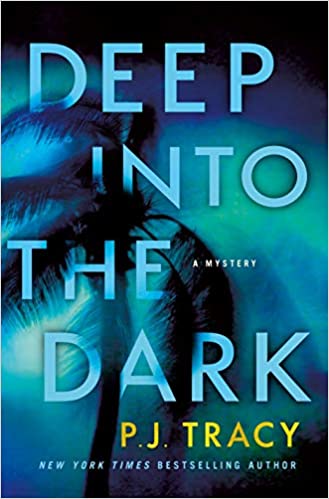 In author P.J. Tracy's new series debut, Deep Into the Dark, two friends find their lives upended by a murder. Sam Easton is a PTSD-stricken war hero, deeply scarred both inside and out. Melody Traeger once had a modicum of success as a musician, but left that life behind to build a new one. When Melody's abusive boyfriend turns up dead, Sam seems to be LAPD detective Margaret Nolan’s prime suspect. Then a second person close to him is killed and Sam finds himself on the run while trying to clear his name. But to do that, he and Melody may just walk right into a killer’s trap and end up his next victims.

Tracy does a great job at letting readers fully delve into learning about Sam, Melody, and at times Margaret. You feel every aspect of Sam’s horrifying PTSD dreams and his questioning of what is and what is not real, while simultaneously trying to get back to some semblance of a normal life. The same can be said for Melody. She’s been victimized her whole life, but is slowly seeing herself as someone worthy and deserving of better.

I was a bit confounded, however, about why the author spent nearly a third of the book setting up the characters before anything of real consequence started to unfold in relation to the “murder mystery” aspect of the novel. The glacial pace of the storytelling over that initial part of the story left me itching to just “get on with it already.” All that said, once the cat-and-mouse game of an insane and obsessive killer ensnares Sam and Melody, the story moves quickly, with Sam’s prior military career lending authenticity to the action. I would’ve liked to see the likable Detective Nolan play a bigger role in the story. At times it seemed she was simply a supporting character, popping in to move the plot along. Perhaps she’ll get that chance in the next book. Deep Into the Dark has fully fleshed out characters but I would’ve preferred more of the central plot to work alongside those characters.