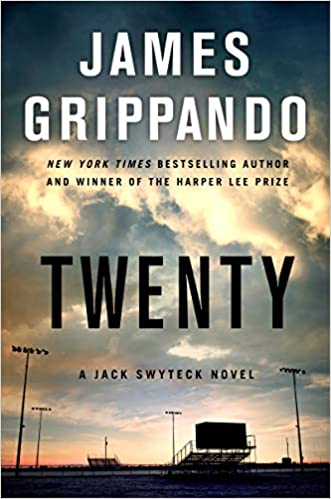 "ACTIVE SHOOTER ON CAMPUS." Four words that strike fear into the hearts of every parent. When attorney Jack Swyteck receives the text about a shooting at his young daughter's school, little does he know that the unfolding tragedy will put both his professional and personal lives in jeopardy.

The shooting leaves multiple people dead and injured. Xavier, the oldest son of a friend of both Jack and his FBI agent wife, Andie, claims to be the killer and is immediately arrested. Jack ends up taking on Xavier's defense, but it isn't going to be easy for Jack. His client isn't talking and the prosecutor, who won't stop talking to the press, won't settle for anything less than a death penalty plea.

To make matters worse, the more Jack digs into the particulars of the case, the more it looks like he's being stonewalled. Not just by his client, but by any number of federal agencies looking to make the shooting a federal terrorism case because of Xavier's Muslim background. Faced with federal interference, a lawsuit from the school looking to pass blame, and complaints filed against Andie for actions she took during the shooting, Jack has to get his client talking to find out the truth.

James Grippando's taut and briskly paced story grips the reader from the opening chapter and then keeps them close as Jack Swyteck and his associates race to uncover the forces bent on keeping the truth of the tragedy hidden. Twenty is a highly addictive novel and it is impossible to put down.