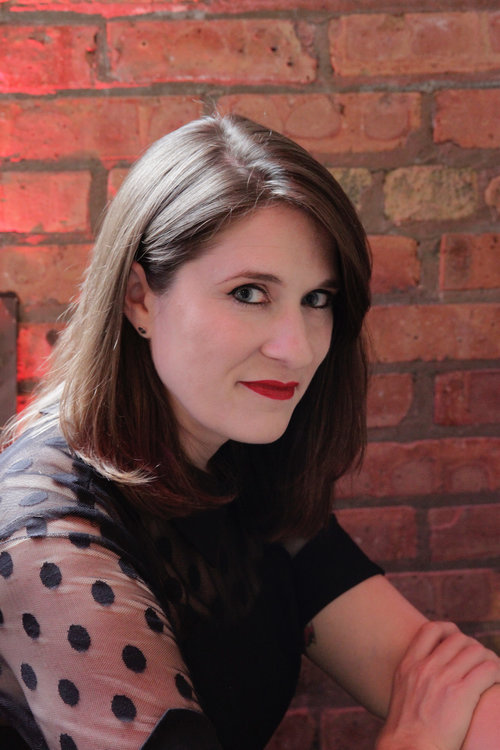 Erica Ruth Neubauer’s first mystery, Murder at Mena House, is a charming historical novel set in Egypt in 1926 featuring intrepid sleuth, widower, and adventurer Jane Wunderly and her Aunt Millie. If you are a fan of Elizabeth Peters or Agatha Christie (And who isn’t?) you might want to go and snag a copy immediately. Mystery Scene's Robin Agnew recently connected with the former Mystery Scene writer about her new book.

Robin Agnew for Mystery Scene: I always wonder with an historical series how the author chose a particular time period—and in this case, I am also wondering how you decided to have Jane be American rather than British?

Erica Ruth Neubauer: I thought about making Jane British, but I ultimately decided that I could do a more authentic job with her character if I made her American. And socially, I wanted her to fall somewhere in between the upper and lower classes, and that was easier to do in America. I feel as though the class distinctions are more defined in Britain, and I didn’t want to make her part of the British aristocracy—I wanted her to have a more relatable lifestyle and origin story. It also gave me reason to have Jane and Millie eager to escape Prohibition, since the British never made that mistake.

I thought it was a really interesting choice to set this book in Egypt in the '20s and not have it tied to archaeology, though you got in plenty of local color for sure. Can you talk about that a bit?

I loved the Elizabeth Peters series starring Amelia Peabody, but I couldn’t in all honesty see myself replicating that, nor could I see myself writing a long-running series set exclusively in Egypt. I wanted the ability to move Jane to multiple other locations, which was easier to do without tying her specifically to archeology. And I was also influenced by the stories that Agatha Christie set there—not archeology related, but still rich in setting with a locked-room mystery feel.

And why the Mena House? Have you been there? I admit I googled in immediately; what a gorgeous place.

I have stayed at the Mena House, and it is an absolutely stunning hotel (now owned by Marriott.) Some of the original fixtures can still be found, although by and large the facilities have been updated, which I found a little disappointing since I wanted it to look just like it did in the 1920s. But of course, it can’t. It’s a modern hotel with historical detail now.

When my story takes place, the hotel was fairly isolated—now the city has crept right up to the hotel and the pyramids. But at the time [of the novel], you had to take transportation to get out to the hotel and there was nothing else around. I liked both the historic beauty of the hotel and the sense of isolation from the city of Cairo. I felt that isolation lent more of a closed-off feel to the story—all your suspects are right there in the hotel.

What were your influences writing wise as you put this story together?

One of my major influences while I was writing this was Murder at the Brightwell, by Ashley Weaver. I was sitting on the back porch with my best friend, and we were spending the afternoon reading the in the sun. I was reading Weaver’s book and I kept putting it down and saying, “I want to write something like this.” And that’s what I set out to do, but set in 1920s Egypt.

What was the most important element for you? Setting? Character? Story?

Character and setting definitely had top billing for me, especially in writing this story. As a reader, I’m always looking for great characters and I can forgive a lot of plot issues if the characters are strong. So I definitely set out to make Jane a character I would want to spend time with and feel excited to see where she went next.

And the setting was incredibly important for me. My father raised me on old black-and-white movies, Masterpiece Mystery and Agatha Christie, and somewhere along the way I picked up very romantic ideas about Egypt in the 1920s. I really wanted to capture that feeling on the page—the slow-turning fans in a luxury hotel, elegantly dressed guests... and murder.

How do you see Jane moving forward? She feels like she's at the beginning of a journey of self-discovery. What's ahead for her (without spoilers)?

I see Jane trying to work through her trust and intimacy issues, as well as learning to trust her own instincts again since her ability to do that has been badly damaged. I think that’s all I can say without giving too much away!

I really liked the character of Jane's Aunt Millie. She wasn't a fluffy or kindly aunt (as are many in traditional mysteries). She's difficult and prickly and has a great backstory. Can you talk about creating her?

Millie’s character is actually based on an older relative from my own family. (Someone in my family recently read the book and immediately identified who Millie was, which I found delightful.) When she was still alive our relative was also prickly—very much a difficult and divisive figure who liked to make trouble whenever she could. Although her past isn’t nearly as colorful as Millie’s—as far as I know!

Can you also talk about your publication journey? I know you've been a reviewer for years, including for Mystery Scene. But this is a whole different ball game (I'm assuming!). What have you been surprised by?

I was a reviewer for about five years I think before I sat down to try and write. The first draft came pretty quickly since I had been rolling it around in my mind for quite some time before I sat down at the computer, but it took about another year of revisions before I was ready to start sending it out. I worked with a fantastic freelance editor, Zoe Quinton, who helped me whip it into shape, and then I queried agents. I got about 40 rejections before a friend stepped in and looked at my list and offered to reach out to one of the agents that I hadn’t heard from. She asked me to resubmit my query, and I ultimately ended up signing with her. After that, it was about another six months and she sold my series to Kensington.

Even though I’ve been watching my author friends in the publishing industry for years, it is very different to be on the other side of things. One of the things that surprised me—even though I knew it was true—was just how long the process takes. It’s one thing to intellectually know something and another to find yourself fielding questions for over a year and a half from friends and family about “When can I buy that book?” I also never expected the copy edits to be one of the hardest and most frustrating parts of the process, but for me it was.

What makes you excited to get up and get to the typewriter or computer (or notebook) every day?

I’m always excited to see what my characters are going to get up to next. I’m very much a ‘pantser,’* so I don’t outline my books when I write, which means that my characters frequently surprise me. I also write to both entertain myself and to escape—it’s nice to sink into another world for a while where I have complete control. (Even if I mostly have no idea what’s happening or should be happening.)

Finally, what book was a transformational read for you, as a reader or as a writer?

I distinctly remember picking up G is for Gumshoe, by Sue Grafton when I was in high school. I found an old hardcover in an antique store of all places, and devoured it. It really opened my eyes—here was an independent woman investigating crimes, running her own business, doing her thing while being a total badass. I then went back and read the rest from the beginning. As a reader that was incredibly transformational—and aspirational—for me.

*One who writes by the seat of one's pants, as opposed to writing from an outline.

Erica Ruth Neubauer spent 11 years in the military, two years as a cop, and one year as a high school English teacher before finding her way as a writer. She has reviewed mysteries and crime fiction for several years at publications such as Publisher’s Weekly, the Los Angeles Review of Books, and Mystery Scene Magazine, and is a member of both Mystery Writers of America and Sisters in Crime. When she’s not writing her next novel or curled up with a book, she enjoys traveling, yoga, and craft beer. She lives in Milwaukee, Wisconsin, with her husband.