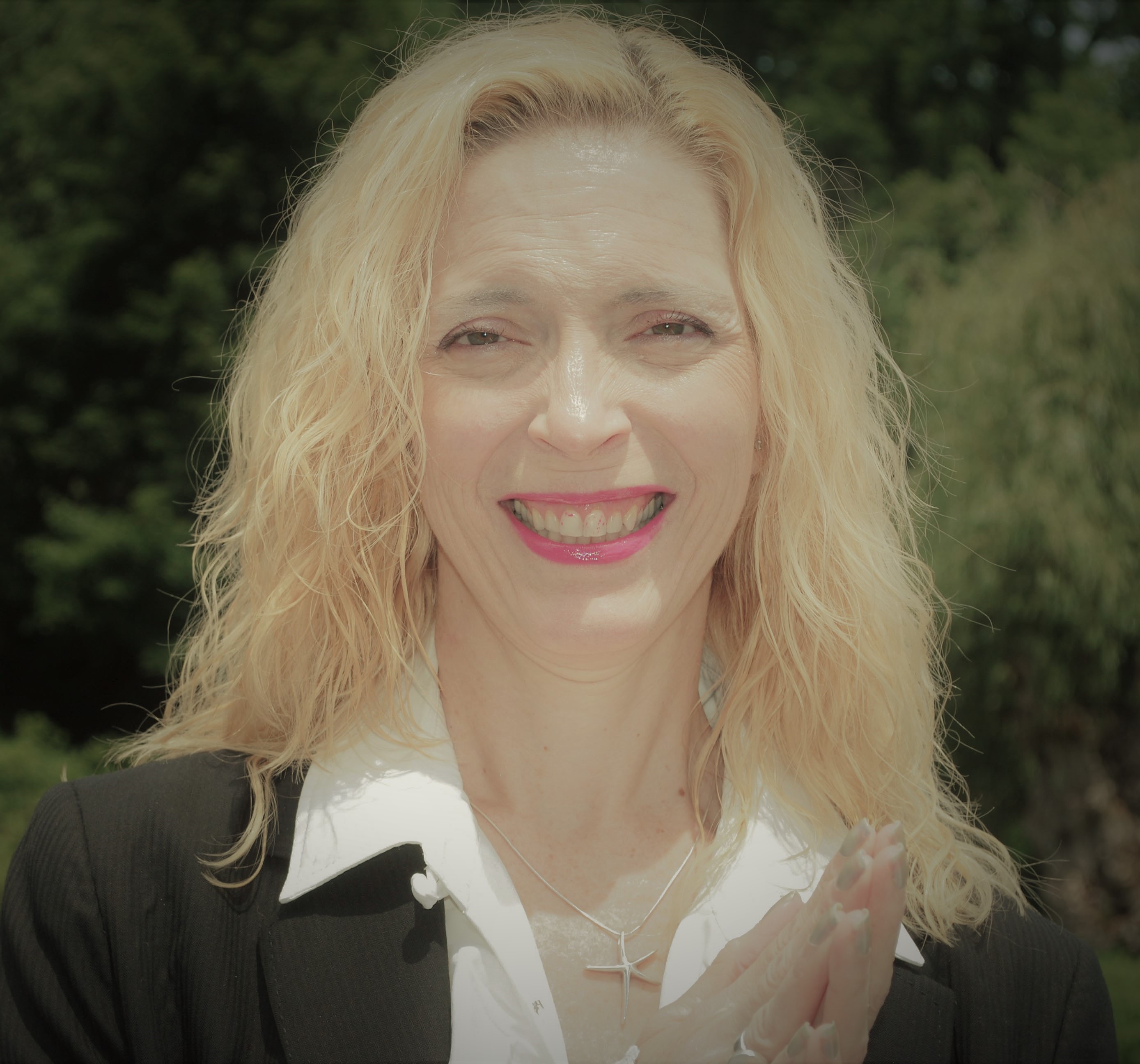 Kathleen Marple Kalb’s first novel, A Fatal Finale, was published this spring to wonderful reviews. I was lucky enough to review it for Mystery Scene and loved the humor, adventure, and main character, a female opera singer who does “trouser” (i.e., male) roles. It was as much fun to read as it apparently was to write. It’s well worth seeking out.

Robin Agnew for Mystery Scene: Your first book came out in the middle of a pandemic with the usual methods of promotion—conferences, a book tour—a closed door. What steps are you (trying) to take to get word of your book out there?

Kathleen Marple Kalb: It’s a daily scramble. I’m lucky enough to be with a big publisher, so I did get some very good and important early reviews. (Thank you, Mystery Scene Magazine!) The publicist at Kensington has been AMAZING, keeping her eyes open for any virtual event or scrap of attention she can throw my way. But it’s still mostly social media. I start every day on Twitter and Facebook looking to see if authors or bloggers are promoting guest posts/interviews/podcasts, then tracking people down and pitching myself. Everyone has been amazingly nice to the crazy lady dropping in… but I’m still building the plane in the air, and it’s tough. Which, even on a bad day, is really a very small problem to have right now.

A Fatal Finale is set in 1899 New York, not an uncovered time period, but you've set it in the world of opera. What calls to you about that world?

It was the trouser roles, male leads played by females, that drew me into the opera setting. I read a lot of awful historical romance stuff as a teenager (in addition to Nancy Drew, Robert B. Parker, and Elizabeth Peters) and I always found it so annoying that the hero did all the swashbuckling while the heroine just stood there. Years later, I read a book about young singers at the Met, including a mezzo who played trouser roles, and it all clicked. Opera was very popular at the time but it was still a respectable and elevated art form, so I could write a character who was both an action hero, and every inch a lady. Perfect! Bonus: since Romeo is a trouser role, I could use a very accessible opera as the frame.

To my mind a lot of the best traditional detective fiction is now taking place within the pages of historical mysteries, I think partially because of the lack of forensics. The detectives are forced to use deductive reasoning, just like Sherlock or Poirot. Was that a reason for you to want to set your novel in this time period?

You’re right! It’s actually more fun, and more challenging, from a writer’s standpoint: you can’t rely on a DNA report or the mass spectrometer to save you. It’s just “the little gray cells,” as my favorite Belgian would say.

You have had a long career as a journalist, what made you want to try your hand at writing a mystery?

When I was a teenager, I wrote a lot of fiction, none of which was published or publishable, honestly. When my son started kindergarten, I decided to try again. Since I’m an avid mystery reader, it made sense to write in a genre I know and love. The one thing I was ABSOLUTELY certain about, though, was that I was never going to write a story that would come across my desk at work. That sent me toward the cozy end, which was fine by me.

What surprised you the most when you set out to write a novel? What was hardest about it? What was easiest?

Eighty-thousand words is a lot if you’re used to writing three-sentence news stories! My problem is the exact opposite of most writers’: I go too short, because of my broadcast background. I had to relax into the idea that this isn’t Subject, Verb, Object. For a long time, I felt guilty and wordy for describing the weather, or the clothes, or the food in a given scene—even though as a reader, I know all of that is really important. As for the easiest part, no contest: being allowed to have an opinion and a personality. Working journalists aren’t allowed any opinions at all… and even anchors aren’t supposed to have much personality. Ella, of course, has plenty of both.

Do you see a long character arc for Ella, the main character of your novel? Are there more books planned?

I love Ella—I’ll write her as long as I can! I have a three-book contract with Kensington, and the second and third are in process, with Ella and everyone else living and evolving. Of course, a big part of that is the question of what happens with Ella and the Duke. But there’s plenty more; all of the major characters have their own arcs, woven through the main plot lines. In the next book, A Fatal First Night, due next spring, Ella’s reporter friend Hetty is finally off hats and onto a murder trial, while Ella and her singing partner Marie are bringing out a new opera, when something very bad happens.

What sparks your story telling journey—character, setting, or plot? Or all three?

All three! For me, it all has to come together. I like the way TV and movie critics talk about a scene being “earned,” and I always work to earn it. Even that big duel with the killer on the catwalk in Finale: you know how you got there, you know why you’re there, you know it makes sense with everyone involved. Interesting aside here (no spoilers!) I originally set the book in 1899 because I wanted to have the option of somehow getting Ella in a room with Queen Victoria, who was very aged, but not in yet in her final decline. I’m still trying to figure out how I can earn that. But wow, would I love to bring them together if I could.

Did Ella just come to you, or did you spend some time thinking of what character traits you wanted her to have? Lots of writers tell me their character just intrudes on their consciousness and makes her/himself known to them, and they themselves are just the scribe for that person. What's your process?

I had the trouser role/lady swashbuckler idea first, and Ella sort of created herself around it. Her personality reminds me of Beverly Sills: brilliantly talented, while still unpretentious and fun. But she also behaves a bit like Robert B. Parker’s Spenser. Ella has a very clear code, mostly based on her Jewish mother’s ethics, and she will always do what she considers to be the right thing, even when it isn’t easy.

Can you name a book that was transformational to you, that changed your life as either a reader or a writer?

Die for Love, by Elizabeth Peters. I found it in my library when I was a teenager, and it was the first time I realized that a mystery could be seriously funny. That it was okay, even really good, to bring a sense of humor to the proceedings. It made think maybe I could write in something like my own voice, which even then was wry and a bit snarky. (I was NOT an easy kid!)

What makes you happiest when you sit down to write?

Just being with my characters again. It’s the same feeling I get when I do a shift with my best newsroom friends: I’m with people I love doing work I enjoy, in a wonderful place. Even if it all exists only in my mind—and now, (hooray!) in a book.

One last question, is your middle name seriously MARPLE?

Yes, I sure was born Miss Marple! At every radio station where I’ve ever worked, somebody has asked if I changed my name. When I finally had an agent, he wasn’t entirely sure if I should even use it because it was “too on the nose.”

Kathleen Marple Kalb grew up in front of a microphone and a keyboard. She’s now a weekend morning anchor at 1010 WINS New York, capping a career she began as a teenage DJ in Brookville, Pennsylvania. She worked her way up through newsrooms in Pittsburgh, Vermont, and Connecticut, developing her skills and a deep and abiding distaste for snowstorms. While she wrote her first (thankfully unpublished) historical novel at age 16, fiction was firmly in the past until her son started kindergarten and she tried again. She, her husband the Professor, and their son the Imp, live in a Connecticut house owned by their cat.