Books
By Way of Sorrow 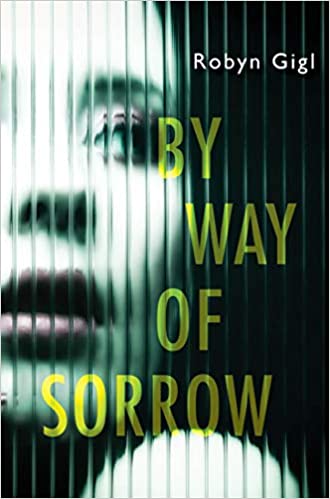 Set primarily in 2006, By Way of Sorrow introduces readers to Erin McCabe, a trans woman and criminal defense lawyer in New Jersey who is handed the biggest case of her career when she and her law partner Duane Swisher take on the case of a trans woman accused of murder. They soon learn that the murder victim is the son of political kingmaker and state senator William Townsend. It seems everyone else is afraid to take the case because of Townsend’s power to make or break careers.

When news of Erin’s transgender identity is splashed across the front pages in an attempt to discredit her and her firm’s entire plan of defense, hatred and discrimination toward the transgender community come to the fore. Erin’s transition left her ostracized from her family and friends, but buoyed by those who stand by her. She and Duane attempt to unravel the truth while being attacked, both literally and figuratively, on all sides.

This debut novel from Robyn Gigl does a remarkably effective job of mixing an exciting legal thriller with the personal story of its protagonist. Gigl shows the good and the bad that comes along with Erin’s transition. The depictions of bias, discrimination, and feelings of disconnect that come with losing your friends and family are shown to varying degrees and to a range of resolutions. But the message doesn’t overwhelm the medium. Readers will find that By Way of Sorrow is a compulsively riveting page-turner with a complex heroine, a captivating plot, and no easy answers. It’s one of the best thrillers of the year.