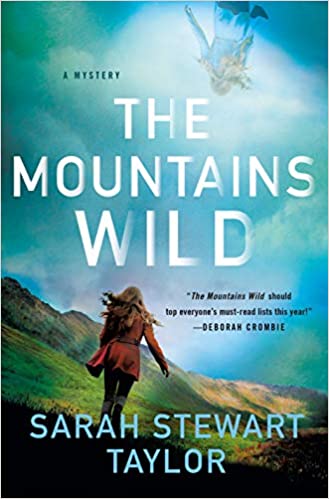 In 1993, 23-year-old American Erin Flaherty disappears in Dublin without a trace. When the Garda call to report it to her family back home in Long Island, New York, it’s her cousin Maggie D’arcy who heads to Ireland, in spite of her convoluted relationship with her missing cousin. But when no evidence of foul play is found, Maggie returns home, assuming that Erin just took off on her own as she’s done many times before.

Twenty-three years later, Maggie, now a Long Island homicide cop, finds herself once more on a plane heading to Ireland when the Garda unexpectedly finds new evidence about Erin’s disappearance while investigating another missing woman. Her cousin’s disappearance is the reason she became a cop, and Maggie hopes she can finally solve this personal cold case.

Sarah Stewart Taylor’s exceptional Irish-flavored dialogue sets the perfect tone for her cerebral thriller The Mountains Wild, Maggie D’arcy’s series debut. Readers will do well to stay alert or miss the clues the author drip-feeds her audience while introducing them to the many entwined characters from both her 1993 and 2016 timelines. All the players, from the small-potato roles to the stars, are top-notch, especially her protagonist Maggie, an extraordinary, unapologetic (yet sympathetic), great cop whose complicated feelings about her missing cousin will finally get untangled.

This fantastic novel has something for everyone: mystery, murder, police work, family drama, and even romance. Fans of strong women protagonists and crime drama will love this chilling page-turner.