Julie Spencer-Fleming on Quarantine, Character, and Her Novel "Hid From Our Eyes"
Robin Agnew 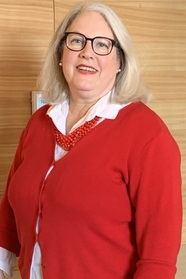 When I read Julia Spencer-Fleming’s first book, In the Bleak Midwinter, I was smitten. I was smitten with her writing, her characters, her sense of place, and her way of putting a mystery together. I reached out to her and a friendship was forged. Selling Julia’s books to customers was one of my favorite things to do as a bookseller, and I couldn’t be more delighted that she, Clare, and Russ have returned to print.

Robin Agnew for Mystery Scene: First, welcome back—I can't think of a series I missed more. You have been through a long difficult road to get to a new book. How hard was it to write Hid from Our Eyes?

Julia Spencer-Fleming: So hard. I started Hid from Our Eyes back in, what, 2013? 2014? I'm a slow writer at the best of times, and getting a book out every other year is a win for me. I was chugging along at my usual snail's pace when, at the end of 2014, my son called from college. He was miserable, overwhelmed, in the wrong place⁠—basically everything that could go wrong did, and of course he didn't tell us until he was at the breaking point.

So he came home, started working, lost his license (you fill in the blanks). My oldest graduated, came home, started working, didn't HAVE a license... Basically, I spent 2015 driving people around and doing intensive mothering. Then, things righted themselves in 2016 and I started writing again, even more slowly, because I had forgotten half of what I wanted to do with the book, and it takes some time getting back into the characters' heads.

Then in the fall of '16, [my husband] came home and said he had this weird pain in his hip, and my life became all cancer, all the time. After he died, I couldn't work for months. I think I finally sat down again to write about half a year after being widowed, and at that time, I seriously thought about tossing away what I had and starting something completely new. But I got a lot of encouragement from my friends and blog mates at Jungle Red Writers, so I decided to push forward. And now, of course, I'm so happy I did, because it was a story I really wanted to tell. 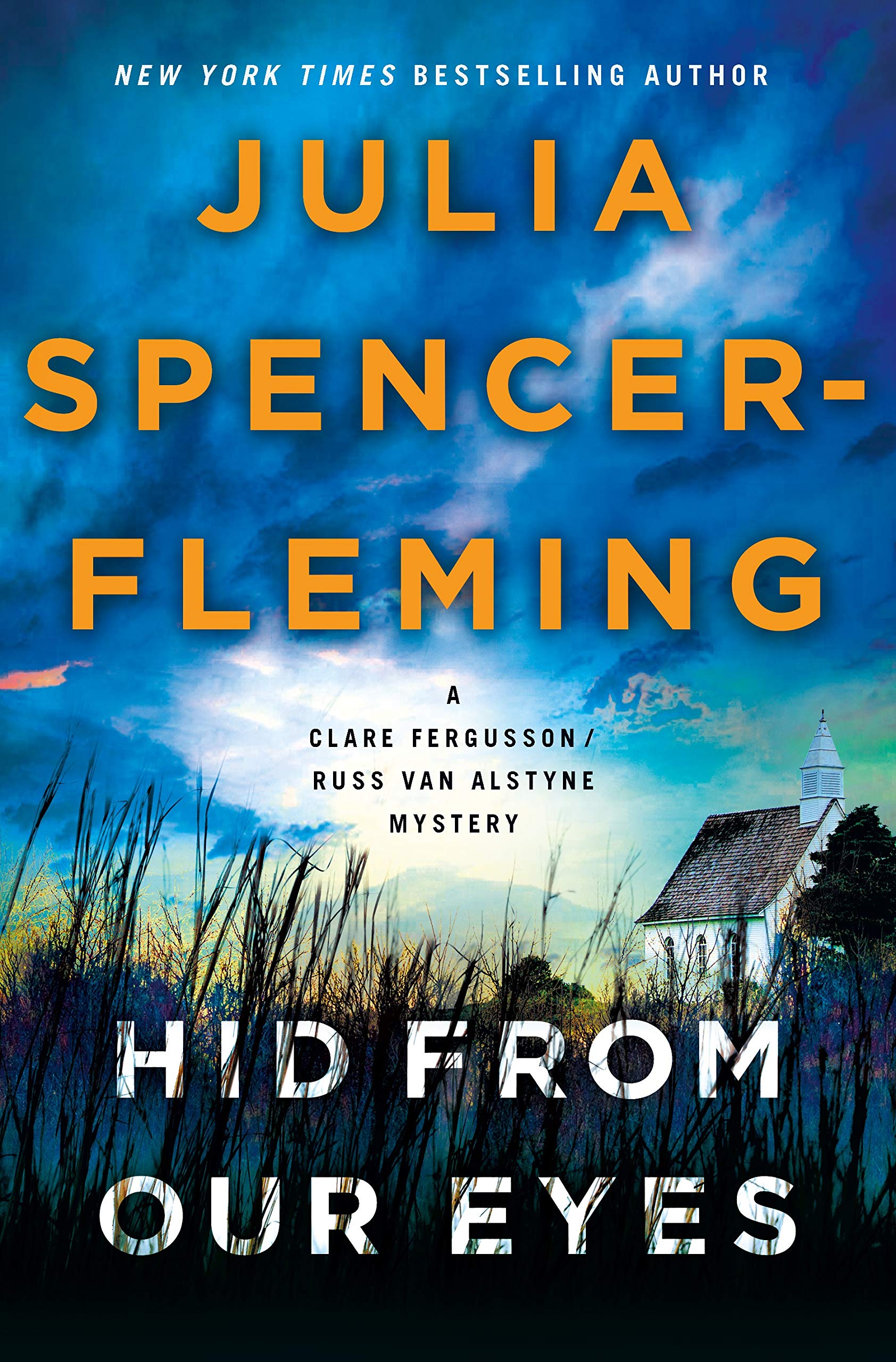 You take Russ back into his past. More than any of the other books, it kind of feels like his book in a way. Did you plan to focus on Russ, or did that just evolve?

The theme for this book—and I often start with the theme—was fathers and sons, and the relationships men have with "master and apprentice" that take the place of the father-son bond sometimes. So I knew it was going to be a Russ book, in the way that, say, One Was a Soldier was a Clare book, primarily about her journey.

I think a way that books become beloved is through character, and I think your characters are beloved. You have put them through a lot. Is it fun to navigate through their relationship, with all of the complications involved?

Oh, my gosh, it is fun. I'm kind of like, "Okay, I have these great characters... what's the worst thing I could do to them?" It's also a pleasure writing all the shades that go into Russ and Clare's relationship—there are times you adore your spouse, and times you'd just as soon push them over a cliff. They help each other, and they hurt each other, and that's what real life is like.

You also ground your books with real world issues. In this new book, there are several, including the downsizing of the Miller's Kill Police Department, transgender issues, and the fact that Clare is negotiating sobriety with a newborn and a full-time job. How did you prioritize what you were planning to write about?

Several of the issues in Hid from Our Eyes were started in previous books. The decision to put the continued existence of the MKPD to a vote came at the end of the last book, for instance; and of course, we've been seeing Clare's descent into addiction for a long time. The transgender character [in the novel] started because I needed a character for certain plot elements, someone to connect Clare and Russ to the world of the summer visitors to their area. There was no need for her to be transgendered, but I'm trying to consciously increase the diversity of my fictional world, to make it better resemble the real world. And once I had that character, all of a sudden lots of possibilities arose to subtly echo the main theme.

The mystery parts of your books are always very strong. The resolution to Hid from Our Eyes was a surprise, an achievement that always impresses me. It's quite a complex plot alongside the issues you write about and bring to the table. How do you balance the story part with the character and thematic parts of the book?

I am so glad you think so, because the mystery is always what I struggle with the most. Honestly, I sort of throw everything at the wall and keep whatever doesn't fall off. I'm always amazed when I manage to make the parts come together—a trick that involves a lot of backing up and rewriting so things make sense. I also credit the fact I neither plan nor outline, so I surprise myself as I write. Hopefully, if I don't see what's coming, neither will you!

I also very much liked the theme of second chances in this latest novel. It applies to just about every character in the book. Can you talk about that a little bit?

Well, this is interesting, Robin, because I had no idea I was writing that theme into the book. It just goes to show why we need reviewers and literary critics. Authors don't always know what they're writing about. Now you mention it, I do see it, and I suppose it links into my (and Clare's) theology. As Clare says in, I think, All Mortal Flesh: "None of us gets what we deserve, thank God. We get a second chance. And a third, and a fourth."

Are you working on the next book? What's ahead for Clare and Russ?

I am! Book number 10's working title is At Midnight Comes the Cry, and it involves our heroes tangling with a local militia group filled with some very nasty characters. Russ and Clare continue to explore being partners and parents after the events of Hid from Our Eyes, and we may get to see Hadley Knox and Kevin Flynn finally thrash it out.

Can you name a book that was transformational to you as a reader and/or writer, and why you loved it?

Don't laugh, but the book that transformed me as a reader was The Wonderful Flight to the Mushroom Planet, by Eleanor Cameron. I read it when I was, I don't know, maybe eight or nine? It totally swept me away. I made my friends play "Mushroom Planet" with me and tried to recreate the setting in our attic with cloth covered boxes and construction paper cutouts. (In retrospect, I was a strange child.) The transformative effect was realizing that the world in a book could become as real—realer—than the world around me. That has never left me, and to this day, I can get so caught up in a fictional setting that you have to set up a bomb blast to bring me back to the here and now.

How are you negotiating this new normal we all find ourselves in? Is it affecting your writing process? Is it something you plan to fold into whatever your next book might be?

The self-quarantining aspect of this strange, end-of-the-world scenario we're all living in isn't that strange to me, or to most full-time authors, I'm guessing. I always work from home, and in the usual run of things, can go from Sunday to Sunday without seeing anyone else. The big difference is my house has filled up again! Both daughters are living with me, and the youngest brought home two University of Maine friends who couldn't return to their homes. It's actually been helpful to my writing process, since everyone is up and working at their remote jobs or classes in the morning, so I feel bad if I slack off.

I don't plan to address the crisis in the book I'm working on right now, which is set a few years in the past anyway. I think, as with 9/11, it's going to take a few years for our culture to absorb what's happened. There will be a few books right out of the gate set during the crisis—let's face it, there's a LOT of plot potential—but the really good, the really thoughtful ones won't emerge for a while. The Things They Carried wasn't published until 1990. Sometimes it takes years for a life-changing event to filter down into an author's aquifer. And this isn't just life changing, it's country- and culture-changing.

Did you miss Clare and Russ when you were away from them?

Julia Spencer-Fleming is the New York Times bestselling author of One Was A Soldier, and an Agatha, Anthony, Dilys, Barry, Macavity, and Gumshoe Award winner. She studied acting and history at Ithaca College and received her J.D. at the University of Maine School of Law. Her books have been shortlisted for the Edgar, Nero Wolfe, and Romantic Times RC awards. Julia lives in a 190-year-old farmhouse in southern Maine.