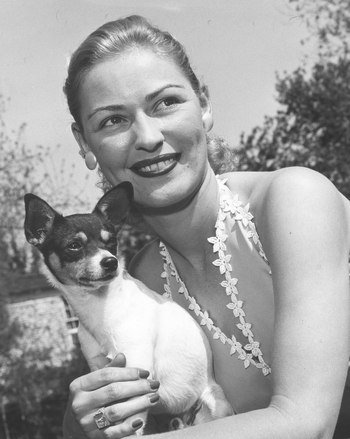 Crimes so incredible, they could only be true—and the true crime authors who bring them to life

Recently I reread a favorite true crime classic, Thomas Thompson’s Blood and Money, a book I loved recommending when I owned Aunt Agatha's bookstore. I first picked it up as a teenager, as a friend’s mother had known the victim on the horse show circuit. As I read—indeed, inhaled this book—much of which I’d forgotten as I first read it in 1976, I began thinking about why this book is such a classic.

It’s the story of Joan Robinson Hill, a Houston socialite in the '50s who loved horses and eventually married the plastic surgeon John Hill, whose love was music. The outgoing Joan and the shy and introverted John were not a good match, but Joan seemed to love him. When she became volcanically ill and quickly died in her mid-thirties, all suspicions turned to her husband—especially those of the Joan's father, the powerful oilman Ash Robinson.

The chance for an autopsy was bungled, so the case of suspected poisoning was never proven. Many theories of a cause of death were batted about and Hill was charged with murder. Hill, who married another woman soon after Joan’s death, was acquitted but was later shot down in his own home. Most believe the killing was orchestrated by Ash Robinson, but it has never been proven. Thompson makes good cases for the reasons and motivations—and perpetrators—of both deaths. The story he spins would be rejected in a respectable work of fiction. It’s too incredible. 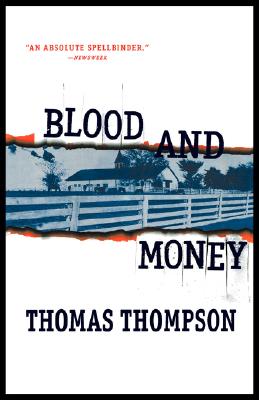 Blood and Money is steeped in the feel and atmosphere of Houston, and captures the life of socialite Joan in an indelible and heartbreaking fashion, and that’s the part that has stayed in my reader’s mind since its first publication in 1976. This book is a classic for a couple reasons. The research, as well as the actual writing, are exceptional. Thompson, who was Houston born and bred and who made his bones reporting on JFK’s assassination, considered himself as much a pioneer of the “nonfiction novel” as Truman Capote, and this book makes an excellent case for that. But even more so, what ties these two great books together, aside from them being true crime books, is the fact that they are based on character. Joan’s character is beautifully drawn and she lives again in these pages, but so is that of John Hill, the self-involved egotist who probably was responsible for the convenient death of his wife.

It’s also the story of a father’s obsessive grief—grief affects everyone, rich and poor, but the rich have the means to follow through and seek justice, whatever that may mean to them. Ash Robinson was a pain in the backside for a countless parade of lawyers and cops, and in the end, he achieves a kind of satisfaction.

You never forget the people in this book or their dilemmas and personal lives. That’s a writing achievement no matter how you look at it. The second half of the book is also a look at the other side of the tracks—the lives of thieves, junkies, and prostitutes and the many wrong turns in their lives that lead them to a point where they agreed to take part in murder. Thompson wasn’t writing a social polemic, but you could look at this book, and the yawning gap in social class and its consequences, and perceive it that way. All that needs to be said in the end is that a prostitute and a madam end up in jail and Ash Robinson does not. This book is a finely honed look at a specific set of people, their crimes, the city of Houston.

Then I started thinking, of course, about other outstanding true crime books. This genre is considered a bit tacky and déclassé—with tomes opining on theories of crimes more highly regarded than the straight-up recounting of events these books typically specialize in. The other thing true crime books specialize in, as much as any other, is a look at the way life is lived. They examine class, economics, thwarted dreams and aspirations, and of course, the twisted and dark side of the human psyche.

There are two true crime books that can be taken as a given, classics that most every crime reader has read: Truman Capote’s In Cold Blood (1966) and Ann Rule’s The Stranger Beside Me (1980). (In my husband’s opinion Rule’s book is the greatest true crime book ever written, and I just may agree with him). But there’s more to true crime…the thread that ties my favorite true crime books together is their incredible explications of character. Here are a few.

The Michigan Murders (1976), by Edward Keyes, is structured like a whodunit, which sets it apart from other true crime books. It follows the crimes of John Norman Collins, who killed co-eds around Eastern Michigan University in 1968. Being a Michigander and owning a Michigan bookstore, I heard many stories through the years about people who lived near the killer, went to class with him, or knew one of the girls. The book is absolutely terrifying and perfectly told.

Fatal Vision (1983), by Joe McGinniss, is the story of a Green Beret who slaughters his family. Initially, the father of the victim is convinced of his son-in-law’s innocence, but as he follows the clues and the police investigation, he realizes how guilty his son-in-law, Jeffrey MacDonald, is. Also notable for introducing into popular jargon the idea of the “bushy haired stranger.” It's a beautiful portrait of a grieving father, as well as of the killer.

Mafia Princess: Growing up in Sam Giancana’s Family (1985), by Antoinette Gianacana and investigative reporter Thomas C. Renner, is a trashy treasure. No one else could recount this story of growing up and marrying into the mafia. It’s an unforgettable portrait of a life where moral boundaries are sketchy as are the ways “business” is conducted.

Masquerade: A True Story of Seduction, Compulsion and Murder (1988), by Lowell Cauffiel is, more than any other book on this list, a real look at class divisions in America. Grosse Pointe, Michigan, psychologist Alan Canty was murdered by prostitute Dawn Spens and her pimp, after getting was caught up in a rough side of life where he had no expertise. As with any good mystery, it’s a story of how those around Dr. Canty actually knew very little about him.

The Blooding (1989), by true crime giant Joseph Wambaugh—who is perhaps best known for The Onion Field (1974)—pens a riveting account of two brutal killings in an English village in 1983 and 1986, and how the killer was caught by the then-new process of DNA testing. The police took the blood of 4,000 men in the area to find the killer. As always, Wambaugh’s portraits of the police investigating the case are unforgettable.

And I Don’t Want to Live this Life: A Mother’s Story of Her Daughter’s Murder (1996), by Deborah Spungen, is a book I’ve never forgotten. It's a telling by Spungen of her daughter Nancy Spungen’s life and death. Nancy is probably best known for being murdered by Sex Pistols bassist Sid Vicious, but as her mother recounts, she was difficult from an infant and terrorized her family. It’s a devastating story of mental illness as well as of a mother’s grief. The scene in which Sid visits the suburban Spungen household is not to be missed.

She Wanted It All (2005) is by Kathryn Casey, an author who is, to my mind, second only to Ann Rule in her research, careful story setup, and drive to find a kind of literary justice for a victim that burns in her like a fire. This story of Celeste Beard, a narcissist who abandons her children in foster homes when they are impeding her lifestyle, as well as her marriage to the sweet, clueless Steve Beard, whom she ultimately murders, is genuinely heartbreaking. Casey’s explication of their lives is meticulous and devastating.

Midnight in Peking: How the Murder of a Young Englishwoman Haunted the Last Days of Old China (2012), by Paul French, is another story of a father’s grief. It’s set in 1937 Peking, where British schoolgirl Pamela Werner is murdered. Her father, who has burned many bridges, personal and professional, was devoted to his daughter and is ceaseless in his quest to find her killer. He’s frequently rebuffed by the authorities. Like The Michigan Murders, this is structured like a whodunit, and the ultimate outcome would be rejected in a novel. It’s also gorgeously written.

And finally, it's worth mentioning that Thompson and Rule have a few other worthy classics. For Thompson, it’s Serpentine (1979), a chase through Asia following the many crimes of Charles Sobrahj. For Rule, the unforgettable Small Sacrifices (1986), the story of Diane Downs, who kills her own children so she can nab a new boyfriend.