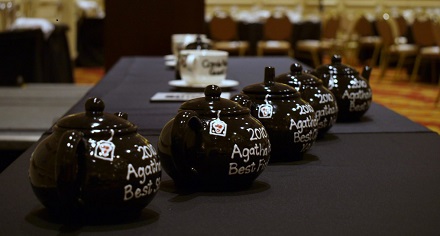 The award season continues with nominations for the 2020 Agatha Awards, which will be awarded during the Malice Domestic conference (May 1-3, 2020), and which is celebrating its 32nd year.

The nominated works are books published in 2019.

The Agatha ballots will be included in registration bags at Malice Domestic and will be chosen by those attending the conference.

Malice Domestic is a fun conference and I highly recommend it.