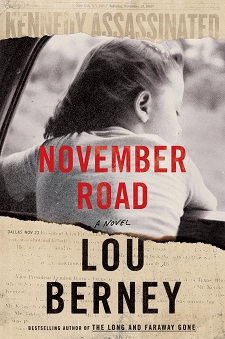 A highlight of every Bouchercon is the Anthony Awards. The 2019 awards were presented on Saturday, Nov. 2, during the convention held in Dallas.

The 2019 Anthony Awards were for works published in 2018, and were selected by the votes of those attending Bouchercon.

This year’s nominees in each of the categories were among the strongest we’ve ever seen. Each author—both those nominated and who took home the Anthony—was a winner.

(Those who took home the Anthony, which was one of the most beautiful awards we’ve seen, are listed first in bold face with ** before the title.)

Best Critical or Non-Fiction Work
** I’ll Be Gone in the Dark: One Woman’s Obsessive Search for the Golden State Killer by Michelle McNamara (HarperCollins)
Dead Girls: Essays on Surviving an American Obsession by Alice Bolin (William Morrow Paperbacks)
Mastering Plot Twists: How To Use Suspense, Targeted Storytelling Strategies, and Structure To Captivate Your Readers by Jane K. Cleland (Writer’s Digest Books)
Pulp According to David Goodis by Jay A. Gertzman (Down & Out Books)
Classic American Crime Fiction of the 1920s by Leslie S. Klinger (Pegasus Books)
The Real Lolita: The Kidnapping of Sally Horner and the Novel that Scandalized the World by Sarah Weinman (Ecco)

The Anthony® Award is named for the late Anthony Boucher (rhymes with “voucher”), a well-known California writer and critic who wrote for the San Francisco Chronicle and the New York Times Book Review, and also helped found Mystery Writers of America. The Anthony Awards were first presented in 1986.