Books
Twisted at the Root 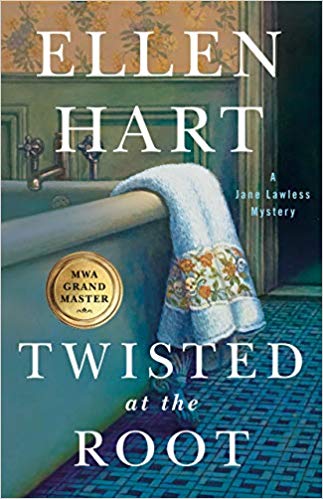 In Mystery Writers of America Grandmaster Ellen Hart’s latest Jane Lawless mystery, finding the truth is of the utmost importance when Jane’s father takes on the case of a former client, Rashad May, who was convicted of murdering his husband, Gideon.

Raymond Lawless never believed Rashad May was guilty of the crime that sent him to prison. So, when evidence turns up four years later that points toward a miscarriage of justice, Jane agrees to revisit the evidence that was used to convict her father’s client. But with a host of potential suspects new and old, sorting through all the stories could prove a tough nut to crack.

And Jane already has a lot going on. Besides running her popular restaurant, The Lyme House, Jane is dealing with her lover Julia’s health crisis, as well as tensions with her best friend Cordelia. Worse yet is a phone call from Jane’s sister-in-law Sigrid from England. It seems Jane’s brother Peter has gone missing.

The twists and turns in the story will keep readers on their toes trying to guess who was really responsible for Gideon’s death, but Hart gives just as much importance to her characters’ personal story lines—which are complex and very real after 26 books in the Lawless series. Jane’s recently renewed relationship with Julia has its own issues, but the love the two seem to have for each other is apparent. Cordelia is her usual self, grandiose and outsized in every respect, but still always there when needed. And Cordelia’s niece Hattie generally mystifies her aunt, but their relationship is always a charming addition to the series.

Twisted at the Root is an exquisitely crafted mystery and readers will once again laud Ellen Hart as a vibrant force in the world of mystery fiction.