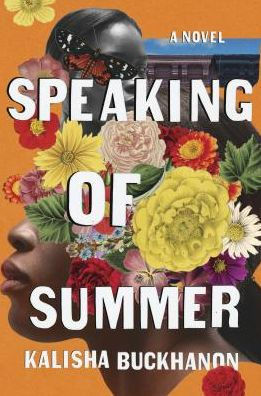 Three months ago, on a snowy December night, 34-year-old Summer Spencer vanished from the rooftop of the Harlem brownstone in which she lived with her twin sister, Autumn. There were no signs of a struggle—just a single set of footprints leading up to the edge—and the police have yet to find a body. The detective on the case claims he’s doing everything he can, but Summer knows the truth: “Women of color don’t matter in America unless [they] are rich or famous.” The girls’ parents are dead and their remaining family lives in Illinois, leaving Autumn to investigate on her own. She spends her days distributing fliers and her nights reading news stories about murdered black women. As her obsession deepens, she begins neglecting her work, her friends, her boyfriend, and her health. Autumn insists she’s incapable of moving on when half of her is missing, but while uncertainty torments her, the truth may prove her undoing.

Boldly drawn characters and a strong sense of place distinguish this sinuous, slow-burning fusion of mystery and literary fiction from acclaimed author and true-crime expert Kalisha Buckhanon (Upstate). Poetic prose and an intimate first-person narrative engage as Buckhanon uses Autumn’s search to tackle themes of race, culture, identity, gentrification, and the far-reaching effects of systemic racial injustice. A jaw-dropping reveal resolves the central puzzle relatively early on, but the sisters’ story beguiles and intrigues all the way through to the insightful, hope-filled epilogue.

MysteryScene RT @nytimes: Steve McQueen’s “hero car” from the movie “Bullitt" is heading to auction, and its own figures the price could approach $5 mil…
Jan 11 • reply • retweet • favorite