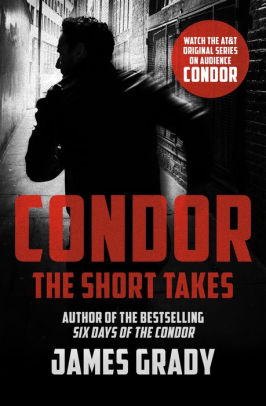 Condor: The Short Takes, by James Grady, collects six modern tales featuring CIA agent Condor, the same character portrayed by Robert Redford in the classic film Three Days of the Condor, which was based on Grady’s novel Six Days of the Condor. Condor has been stashed in a secret CIA insane asylum for years, and he is crazy—just ask him—or perhaps his problem is one of too much understanding: he sees the possibility of what can be far better than anyone else, and that knowledge makes him powerful and nutty all at once.

The stories begin after the 9/11 attacks and work forward into the oddness of today: Russian hackers and US election meddling, mass shootings and online privacy (or the lack thereof). The tales are about truth and lies, facts and alternative facts, deciphering the past to understand the now and from that, extrapolating the future. A shimmering, yet at times hard to understand, brilliance wrapped in a meaningful schizophrenic style that is as telling of our culture—never-ending news cycles, the fervency of self-inflicted and self-described crises—as it is entertaining. The collection’s theme is identity, both cultural and personal, and is best described in two separate but related passages from the final story:

The individual stories in Condor are good, but as a collection, reading each tale as an installment in a larger serial, it is close to brilliant.