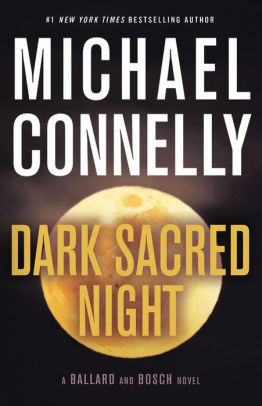 After debuting in 2017’s The Late Show, LAPD detective Renée Ballard is back in the latest thriller from Michael Connelly. This time, however, she has a little added help on the case from Harry Bosch.

Ballard is still working the overnight shift, answering calls for crimes committed in the dead of night. Returning to the office after one such call, she finds Bosch going through some old file cabinets at the station. He’s trying to find answers to the unsolved murder of 15-year-old Daisy Clayton. There’s a personal connection to the case for him and he can’t let it go. Ballard becomes intrigued by Harry’s case and soon the two detectives are working together on what ultimately raises moral questions about how far each detective is willing to go to get justice for Daisy.

Ballard and Bosch are soon entangled in their own separate cases as well. Ballard has a mysterious death and a sex assault complaint against a celebrity to deal with while Bosch, in his capacity as a part-time detective for the San Fernando Police Department, is trying to track down the killer of a gang leader. These individual cases lead to unforseen twists and turns with far-reaching consequences for both of them.

Michael Connelly splits up the narrative in Dark Sacred Night with large portions of the story told from the viewpoint of either Ballard or Bosch. This storytelling tack allows for each character to step into the narrative spotlight and develop both their separate and combined story lines in a much more natural way. At the start of their investigation, neither character is completely trusting of the other, but the groundwork is laid down in such a way that it feels right and never forced. And to Connelly’s credit as he continues to develop his new series character, I also seemed much more drawn to Ballard in this book than I was in The Late Show.

With Dark Sacred Night, Connelly, who is already widely considered one of the best writers of crime fiction today, has delivered one of his finest novels yet. From beginning to end, whether the case is making progress or hitting a dead end, the question of “Who Killed Daisy Clayton?” fuels Ballard and Bosch and makes for a great crime read.