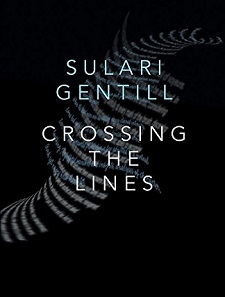 The winners of the 2018 Ned Kelly Awards, sponsored by the Australian Crime Writers Association and honoring the best crime writing in Australia, are:

The Ned Kelly Awards are Australia’s oldest, and considered its most prestigious, prizes to honor the country’s crime fiction and true crime writing.

The awards began in 1995 after a group of crime writers, academics, publishers, and journalists hatched the plan over a long Sydney lunch, according the association’s website.

The awards are named after Australia’s most infamous criminal who lived during the late 1800s.

Ned Kelly was kind of like Robin Hood or Jesse James, considered part criminal but also part folk hero, pushed into crime by circumstances beyond his control.

According to several sources, Ned was one of eight Kelly children. The family was poor and saw themselves as victims of police persecution. Ned Kelly served three years in prison for stealing horses.

He and his brothers became outlaws after fatally shooting three policemen who supposedly were harassing the family. In a final showdown with the police, Ned Kelly dressed in homemade metal armor and a helmet; he was wounded in the arms and legs by the police and eventually hanged.

At the time of his execution—as well as now, Ned Kelly was a controversial figure. Opinion was divided on whether he really was harassed by the police to the point that he had no choice but to turn outlaw, or if he was just a thug.

And like Robin Hood and Jesse James, Ned Kelly has been the subject of several films. The 1906 Australian film The Story of the Kelly Gang ran for more than an hour and was, at that time, the longest narrative film to be released.

Singer Johnny Cash and the band Midnight Oil have sung about Ned Kelly.