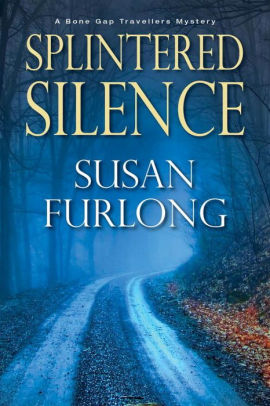 Susan Furlong’s Splintered Silence is the first in the new Bone Gap Travellers Mystery series. The Bone Gap Travellers are an Irish Traveller clan of itinerant workers. They refer to themselves as pavees, but are popularly called gypsies. Former military cop Brynn Callahan, half Irish Traveller, thought she had escaped Bone Gap, Tennessee, forever when she joined the Marines. But after injuries from an IED explosion in the Middle East, Brynn and her cadaver dog, Wilco, return to her childhood home.

It is there, in the thick woods behind Bone Gap, where the two discover the hidden remains of a red-haired woman at the bottom of a deep rock fissure. At first it appears to be the remains of a local missing woman. Her brother, Kevin Doogan, the neighbor of Brynn’s grandparents, suspects his sister was killed by her husband. But when the autopsy reveals the corpse to be another woman altogether, it appears something larger and more sinister than simple domestic malice is at work.

Splintered Silence is long on character, especially the likable Brynn and her silent, wounded companion Wilco. Author Susan Furlong paints Brynn as an outsider, mistrusted by both the pavees, because she is of mixed blood, and the townspeople, who see her as a gypsy. The tension between the Traveller enclave and the rest of the local population of Bone Gap is nicely rendered, as is the appealing Tennessee setting. And while the mystery plays out, there are enough twists and action to keep the pages turning. Splintered Silence is a good start to a series primed to gain speed and depth with each successive tale.