Short Stories
The Realm of the Impossible 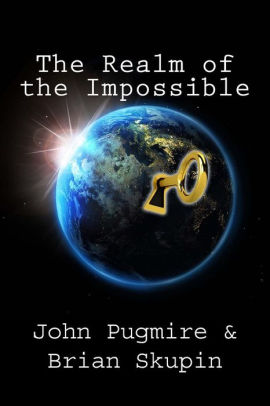 The Realm of the Impossible, edited by John Pugmire and Brian Skupin, is a welcome, perhaps landmark, anthology for those readers who enjoy puzzling mysteries and impossible crimes. Its 26 stories are authored by an impressive cast of international scribes. Included are a few of the usual suspects—Edward D. Hoch and Elizabeth Peters—along with several unknown authors, at least to an American audience, such as Ulf Durling (Sweden), Szu-Yen Lin (China), and Pietro de Palma (Italy). A handful of known, but unexpected authors are also here, such as Poul Anderson—best known for his science fiction and, indeed, his “Martian Crown Jewels” is a locked-room science fiction tale—Alexandre Dumas, and Herodotus, “The Father of Modern History.”

The French writer Paul Halter’s “Jacob’s Ladder” is a splendid tale about a wealthy bachelor falling to his death from an impossible height; impossible because nothing at the scene is tall enough for the injuries sustained. Edward D. Hoch’s classic “The ‘Impossible’ Impossible Crime” details a murder in an Arctic research station, its two inhabitants the only people within 200 miles, and the surviving member certain of his own innocence. “Leaving No Evidence,” by British writer Dudley Hoys, is a clever tale of the unexplained disappearance of people. The setting is the mountains of Lebanon, and the conclusion is as unexpected as it satisfying.