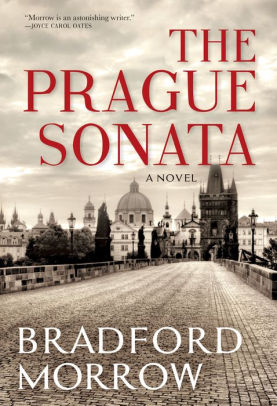 Bradford Morrow is the founder and editor of the biannual literary journal Conjunctions and a professor of literature at Bard College. His eighth novel, The Prague Sonata, is a beautifully written literary work with a charming, but low-key mystery. The protagonist Meta Taverner, a former performing pianist whose career was derailed when her hand was injured in an accident, is a freshly credentialed musicologist.

An elderly Czech immigrant entrusts Meta with what appears to be a copyist’s manuscript for the second movement of an unknown sonata. The elderly woman, Irena, was given the manuscript days after Germany invaded Prague in 1939. Its owner, Otylie, tore the sonata into three sections to make it less appealing to the Nazis. She kept the first movement, gave Irena the second, and her husband, Jakub, the third. Irena never saw Otylie or her husband again, and her final wish is for the manuscript to be returned to Otylie.

The music has the hallmarks of a master’s hand. To Meta it sounds like a young Beethoven—if true, a discovery that would be the gem of Meta’s professional career. But the music, and the story that goes with it, is more important to Meta than any accolades it may bring. She travels to Prague without a clear path to the manuscript’s still missing pieces and few resources at her disposal: a list of musicologists that may have some insight on the piece, but nothing else.

The Prague Sonata is a love poem to music and the city and peoples of Prague. It is a sorrowful tale of hate and love, discovery and secrets. It is as much Otylie’s story as it is Meta’s. The mystery is light, but fulfilling in an organic, realistic manner. Its discourse on music is enlightening and the connections made between music, its creators, and audiences are wonderfully rendered. Its only flaw—and it is nothing really—is the length, at 528 pages, but the narrative’s beauty carries the reader to the final note.