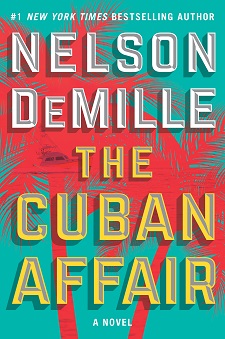 Living in South Florida, I am well aware of what goes on in Cuba and its impact on the US, especially in the area in which I live.

So Nelson DeMille’s latest novel, The Cuban Affair (Simon & Schuster), held special interest for me, aside from the gripping plot. The look at Cuba, and also the Keys, was what I was after.

DeMille launches a new series with his 20th novel, The Cuban Affair, and his new hero—Daniel “Mac” MacCormick—proves more than capable of leading his own series.

A 35-year-old army veteran wounded in Afghanistan and now living in Key West, Florida, as a charter boat captain, Mac is coaxed into a covert trip to Cuba that offers him a huge paycheck.

A group of anti-Castro Cuban-Americans hire Mac to bring back millions of dollars and some documents hidden in a Cuban cave.

“To say the job is risky is an understatement and it involves a convoluted network of plans, any of which could go wrong,” I wrote in my review.

The Cuban Affair is set in 2015, and US relations with Cuba were very different then, especially in light of recent developments in Washington. DeMille deftly makes “The Cuban Thaw,” as more than one character describes it, an integral part of the plot, which shows suspicions on both sides.

Mac sees Cuba as “an alternative universe where the past and the present fought to become the future.” 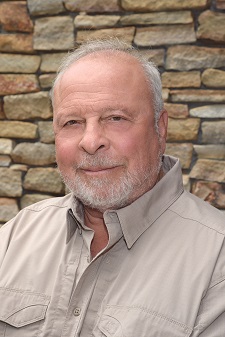 The Cuban Affair works as a travel guide, showing the country, the cities, and the people with clarity.

DeMille’s precise research stems from a trip he took with the Yale Educational Travel group in 2015. On that trip was a childhood friend who had been a roommate of former Secretary of State John Kerry.

They had a meeting with the newly opened American embassy in Havana, and a briefing there provided a lot of “grist” for his research, as he writes in a note to his readers. (That embassy has been in the news a lot lately.) While in Havana, DeMille’s group also visited many sites.

This research is deftly woven into the brisk, action-packed plot of The Cuban Affair.

But in addition to Cuban politics, DeMille also delves into the emotional landscape of those who have strong roots in the country. One character sees her grandparents’ former house, the bank her grandfather managed, and the streets her parents once walked. I know many Cuban-Americans who have had similar experiences.

It’s not giving anything away to say that The Cuban Affair begins and ends at The Green Parrot bar in Key West.

The Keys were devastated by Hurricane Irma, but Key West is open again for business, as is The Green Parrot, a landmark bar.