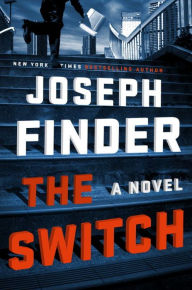 The owner of a gourmet coffee bean company, Michael Tanner accidentally picks up the wrong laptop computer while returning from a business trip. He’s dealing with business trouble and marriage trouble, but little does he know that his life is about to change in dramatic ways. This is largely due to his failure to abide by the adage “curiosity killed the cat.”

While trying to find out to whom the computer belongs, Tanner discovers that the computer belongs to a US senator—and it contains top secret, classified documents. You’d think that someone learning this kind of information would be extremely eager to return the computer to its owner and get it out of their lives forever, but once the senator’s chief of staff tries to lie his way into regaining the computer, Tanner makes a completely out-of-character decision to spin his own set of lies and deny that he has it.

As more people come to discover that Tanner has what they are looking for, he is beset on all sides by the National Security Agency, Russian spies, and hit men. Worse yet for Tanner is that no one believes him when he tries to tell the newspapers what’s going on. An out-of-the-blue death of a friend only serves to harden his newfound resolve instead of scaring him off.

Joseph Finder does a nice job keeping the pace of the storytelling brisk and of establishing the feeling of paranoia in the book. The Switch left me considering deleting my social media accounts and becoming a committed technophobe. However, the unfortunate thing about this story is that I really just couldn’t buy Michael Tanner’s sudden transformation to a man of action. This is a man who has spent his life avoiding confrontation at all costs. To see him acquire these new character traits overnight just rang hollow. Essentially, I thought the story served up one of the least believable heroes I’ve read in quite awhile, which dampened the fun and action. And in the end, The Switch leaves the reader to wonder if the entire situation could’ve been avoided if Tanner had simply given the computer back in the first place.