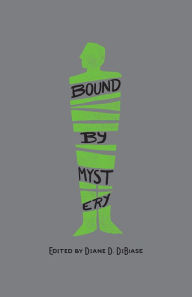 Bound by Mystery is a celebratory anthology commemorating Poisoned Pen Press’ 20th anniversary. Edited by Diane D. DiBiase, it includes an impressive number of stories, 34 in total, rich with diversity and high on both entertainment and quality. The majority of the tales reside firmly within the mystery genre, but it also features a handful of outliers that are something else entirely. The writers are all Poisoned Pen Press alumni and include luminaries Laurie R. King, Kerry Greenwood, James Sallis, and so many others I blush at the prospect of listing only a few.

Reavis Z. Wortham’s “Gold Digger” begins with what appears to be a passion-fueled murder at an East Texas barn dance in 1934 and ends with a surprising twist in the same barn 80 years later. “Gone Phishing” by Tim Maleeny, perhaps my favorite story in the anthology, features a scheming, small-time hacker who, after stealing the digital identity of a pedophile, finds himself the target of a sinister gang. It ends with a satisfying climactic twist and an even more satisfying slice of vigilante justice. Vicki Delany’s “Her Mama’s Pearls” is an eerie, atmospheric horror tale grown from the seeds of murder. When a traveling salesman stops in a washed-up roadside town he finds a celebration for the prison release of a woman convicted of murdering her abusive husband. The town is more, or perhaps less, than it appears and what happens leaves the salesman wondering about his own sanity.