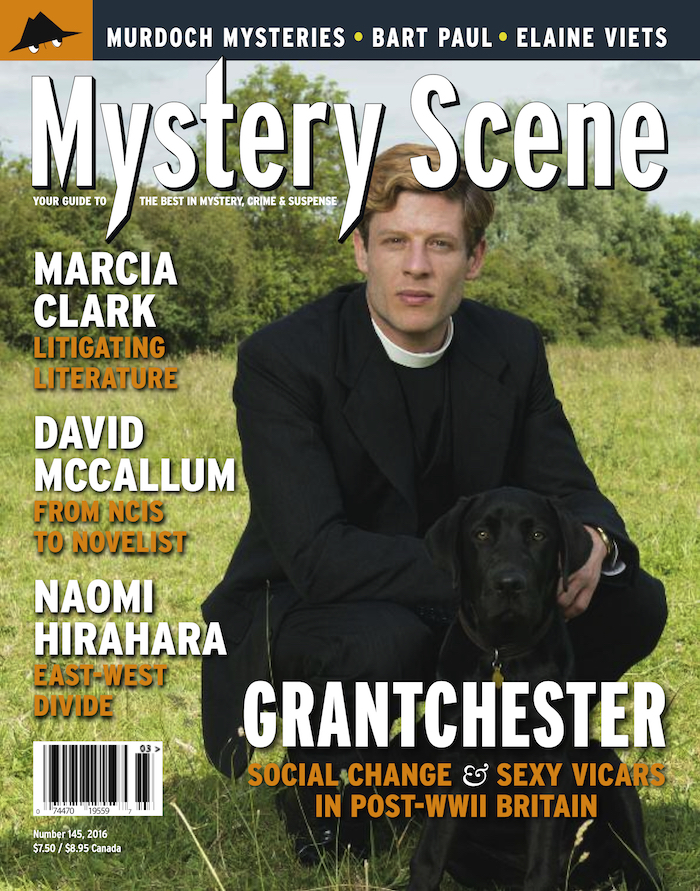 The Grantchester mysteries feature a stereotype-busting priest in 1950s England and are both an ode to author James Runcie’s father and an examination of the changing face of modern Britain.
by Craig Sisterson

Something About the Eyes?

Well-known from her stint in the O.J. Simpson trial, the prosecutor’s courtroom expertise is now a series of first-rate legal thrillers.
by Dana Kabel

The famed actor (The Man from U.N.C.L.E., NCIS) moves from in front of the camera to behind the keyboard.
by Oline H. Cogdill

An atmospheric new series set in the rugged ranching country of the Eastern Sierra.
by Tom Nolan

Beyond the Book: The Murdoch Mysteries

Maureen Jennings’ historical procedurals set in Canada in the waning days of the 19th century come to life as a classic TV series.
by Dick Lochte

At War With Wimsey

The UK homefront during WWII as seen through the eyes of Lord Peter Wimsey, his family, and friends.
by Kate Jackson