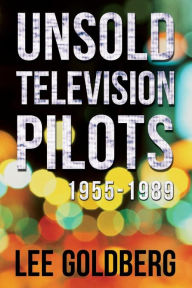 For any show-biz junkie, here is an irresistible and addictive browsing book. The compilation of pilot episodes that didn’t make it to air as series began as a childhood project of future mystery novelist and TV writer/show runner Lee Goldberg. The massive reference was first published in 1989 and now appears in a corrected and updated edition with some new entries added and some pilots subsequently picked up as series dropped. Arrangement is by television season, beginning with 1956-57, loser pilots for which would have been developed in 1955. The early seasons are subdivided by production company, ones from the late 1960s and after by network only and subdivided by comedy and drama. Each entry includes length of program, air dates if any, principal credits, and plot summary. Available information varies and tends to be fuller in the more recent years. All genres are covered, but crime and mystery titles are frequent. Some sample tidbits: Higher and Higher (1968), a Thin Man-type husband-and-wife whodunit starring Sally Kellerman and John McMartin, had an extraordinary supporting case (Dustin Hoffman, Robert Forster, Alan Alda, Billy Dee Williams); Erle Stanley Gardner never saw his Cool and Lam mysteries (written as A.A. Fair) join Perry Mason in the TV logs, but he was very enthusiastic about jockey and $64,000 Question contestant Billy Pearson as the ideal Donald Lam; in contrast to his successes with Richard Diamond and Peter Gunn, Blake Edwards failed to sell mystery series about a Harvard-educated private eye called the Boston Terrier (played by Robert Vaughn), radio’s insurance investigator Johnny Dollar, San Francisco PI Gus Monk, a “legendary anti-terrorist agent” called The Ferret (Robert Loggia), and Justin Case (George Carlin as a ghost private eye). If this sort of trivia enthralls you, this is your book.

Two related titles by Goldberg from the same publisher will intrigue the same readers: The Best TV Shows That Never Were, first published in 1991 as a shorter version of Unsold Television Pilots, and Television Fast Forward: Sequels & Remakes of Cancelled Series 1955-1992, originally published in 1992.