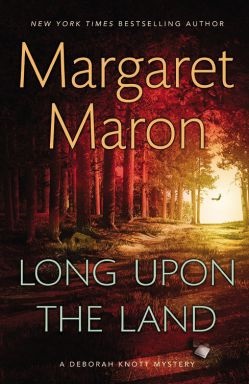 Characters in long-running mystery series become more than something on a page—they become as familiar to us as friends.

It’s almost as if we want to read that annual novel to check with these characters, to see what they are up to, what changes have occurred in their lives, and, of course, go with them on their latest adventure.

And when those series end, we miss those characters and what they meant to us when we first became acquainted with them. I, for one, will miss Kinsey Millhone when Sue Grafton finally reaches Z Is for (whatever). And that won’t be long as X, just X, came out this month.

So Margaret Maron’s announcement that her latest novel, Long Upon the Land, will be the last Deborah Knott outing gave me pause.

I will miss this North Carolina district judge, her large, extended family, and their rural lifestyle.

But I will especially miss Deborah Knott, who made her first appearance in 1992 with Bootlegger’s Daughter, which went on to win the Edgar, Anthony, Agatha, and Macavity awards.

Bootlegger's Daughter also is listed among the 100 Favorite Mysteries of the Century as selected by the Independent Mystery Booksellers Association.

From that first novel, I found a real kinship with Deborah, and I could relate to her closeness with her father, who was a farmer much like mine, though mine grew soybeans, wheat, and corn instead of tobacco. Nor was my dad a bootlegger, though I can’t vouch for his father or grandfather, or for what was grown in those backwoods.

I well remember a passage in Bootlegger’s Daughter in which Deborah talks about how quiet it could sometimes be in the country, where, if you listened carefully, you could hear corn grow.

A 23-year run is a good stretch for any series. But those years have flown by, and for fans, 23 years isn’t enough. 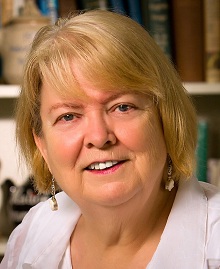 So why is Maron, who was named a Grand Master in 2013 by the Mystery Writers of America, ending the Deborah Knott series?

In a statement, Maron said: “Bootlegger's Daughter, the first in my Judge Deborah Knott series, was published in 1992. In it, Deborah mentions a Zippo lighter that her mother always carried. When her mother died, all 11 of her brothers wanted it and almost came to blows over it even though she was only sibling who knew the lighter’s history.

“Over the years, readers have asked me about the lighter's significance and I had to admit that neither Deborah nor I knew the whole truth. Another ongoing puzzle was how Susan Stephenson, the educated daughter of a socially prominent attorney, wound up married to Kezzie Knott, a semi-illiterate bootlegger. As one book followed another, those two questions were always in the back of my mind. Long Upon the Land, the 20th—and last—Deborah Knott novel, answers both questions so completely that another book would be anticlimactic.”

And there was another reason, Maron stated: “Several years ago, two close friends and I made a pact. We had watched other authors keep writing about the same character over and over, hashing and rehashing the same material until they debased some of the reputation they had forged with their earlier books. ‘If that happens to me,’ each of us told the others, ‘promise that one of you will come and kill me.’”

She promises “to keep writing, but I can say absolutely, positively, and with no equivocation that there will never be a 21st Deborah Knott novel. My two friends take their promises very seriously.”

Since the word has gotten out that Long Upon the Land is the last of Deborah Knott, hundreds of people have left comments on Maron’s Facebook page.

“Some of which have moved me to tears,” Maron said in an email. “Almost all of them bemoan the fact that the series has ended, but even more thank me for the years of pleasure. Some feel as if Deborah and her kin are part of their own extended family and they feel as if there's been a death in the family.”

For long-time readers, this is a perfect time to go back and re-read the series.

As for new readers to this series, what are you waiting for?